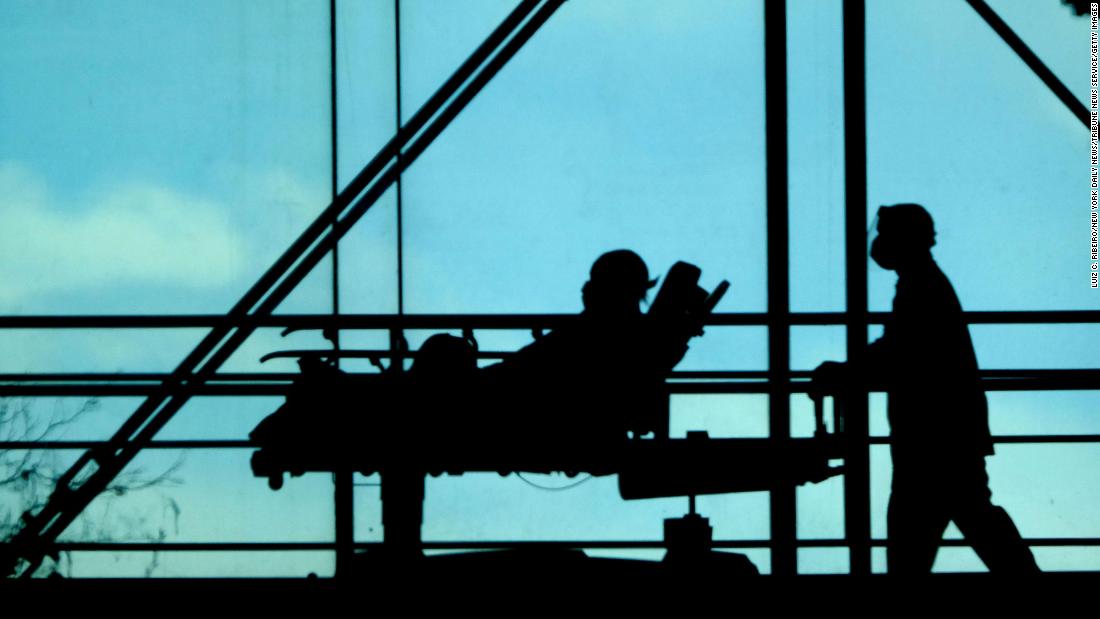 Plagued by low approval ratings, particularly on economic matters, the Biden administration has been rolling out measures aimed at lowering Americans’ bills.

Harris began her remarks by noting that some people are contending with the rising cost of living at the same time as they are still trying to pay off hospital bills that resulted from a burst appendix or nasty fall years ago.

“No one in our nation should have to go bankrupt just to get the health care they need,” she said.

Officials from several federal agencies spoke of the problems of medical debt, which plagues about one-third of American adults and is the largest source of debt in collections. Black and Hispanic families typically hold more medical debt than White ones, while women and younger folks are also more likely to rack up health care bills. Being behind in bills also prompts some people to avoid seeking additional health care and can affect consumers’ ability to buy homes or start small businesses.

“Having medical debt because you were sick or injured should not lower your credit score and make it more difficult to secure the help you need to get out of debt,” Harris said. “It’s not logical.”

The administration’s actions include having the Department of Health and Human Services evaluate how providers’ billing practices impact access and affordability of care and the accrual of medical debt. It will request data from 2,000 providers on their collection efforts, lawsuits against patients, financial assistance offerings and other practices.

For the first time, the agency will weigh this information in its grant-making decisions, publish top-line data and policy recommendations for the public and share potential violations with relevant enforcement agencies.

The No Surprises Act, which bans most unexpected medical charges from out-of-network providers, went into effect in January, HHS Secretary Xavier Becerra said. It protects patients when they receive emergency care or scheduled treatment from doctors and hospitals that are not in their insurance networks and that they did not choose. Consumers would be responsible only for their in-network cost-sharing in these situations.

The bureau issued a bulletin in January aimed at preventing unlawful medical debt collection and credit reporting. Recent research from the CFPB shows that Americans had racked up $88 billion in medical debt on consumer credit records as of June 2021.

In addition, the White House is providing guidance to federal agencies to eliminate medical debt as an underwriting factor in credit programs, where possible. The US Department of Agriculture will no longer include any recurring medical debts in borrower repayment calculations.

The Department of Veterans Affairs has taken several steps, including finalizing a rule to virtually cease reporting of medical debt for veterans with VA Care bills, according to the White House. And the agency will now make it easier for lower-income veterans to get their VA medical debt forgiven, including streamlining the request process, offering an online application and setting a simple qualifying income threshold.

Since the beginning of the Covid-19 pandemic, the department has refunded or canceled about $1 billion in medical copayments for more than 1.5 million veterans. The updated process could help more than half a million additional veterans get relief.

Attorneys at the National Consumer Law Center applauded the measures but also advised the administration to do more.

The advocacy group highlighted HHS’ review of whether providers are offering adequate financial aid to struggling uninsured or underinsured patients.

“We have seen too many patients face lawsuits and debt collection from non-profit hospitals when they should have received hospital financial assistance instead,” said Jenifer Bosco, staff attorney at the center.

The center also urged the CFPB to require debt collectors to inform consumers about the availability of financial aid and to clarify that medical debt must be treated as disputed if the patient reports that the bill should be covered by insurance. Also, the bureau should bring enforcement actions against debt collectors engaging in abusive practices, said April Kuehnhoff, a center staff attorney.

Starting July 1, the agencies will no longer include medical debt that went to collections on consumer credit reports once it has been paid off. That will eliminate billions of dollars of debt on consumer records.

In addition, unpaid medical collection debt won’t appear on credit reports for the first year, whereas the previous grace period was six months, the three companies said. That will give people more time to work with their health insurers or providers to address the bills.

And starting in the first half of 2023, medical collection debt of less than $500 will no longer be included on credit reports.

This story has been updated with additional information.