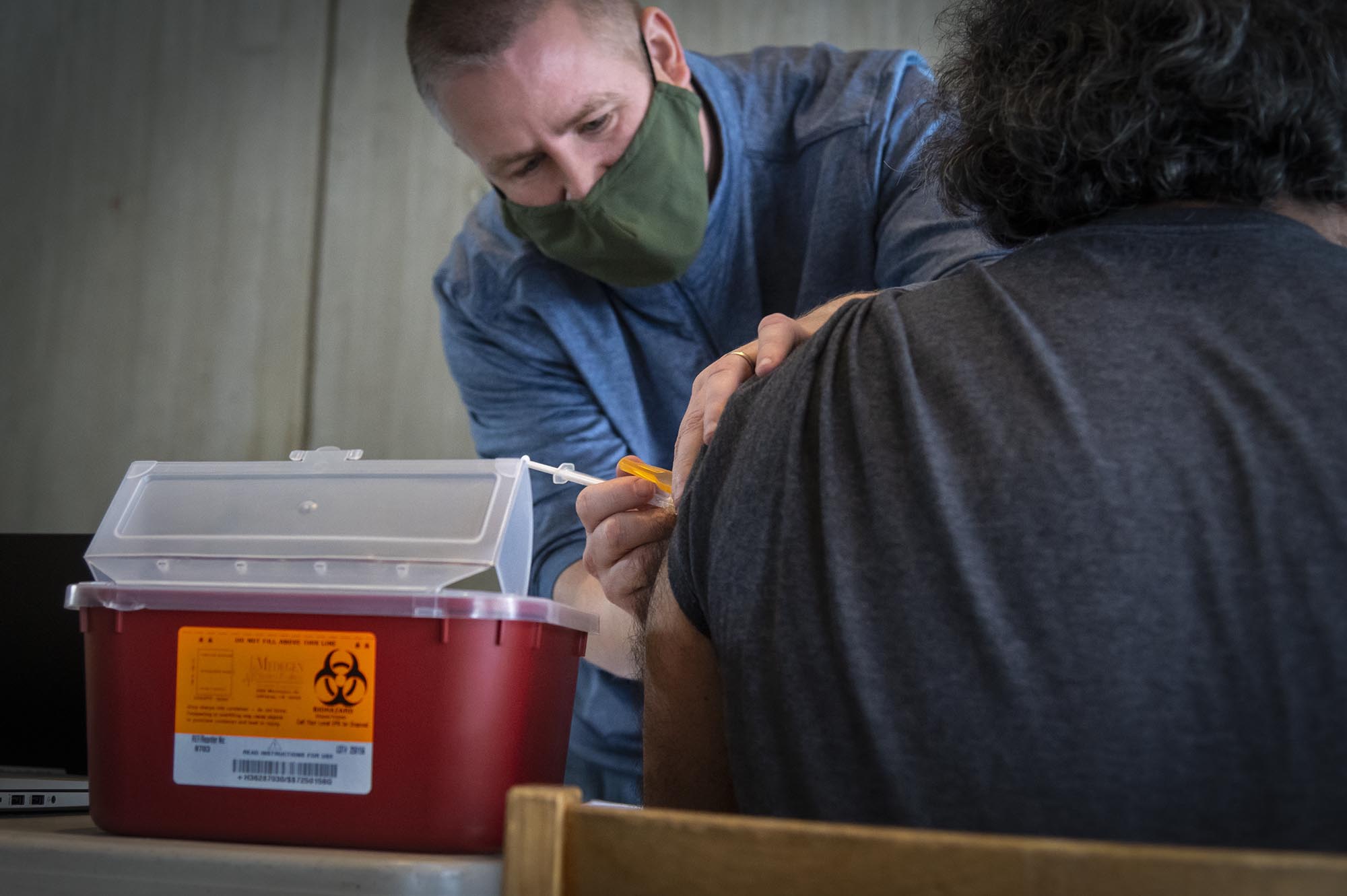 Vermont plans to wind down its state-run Covid vaccine clinics, relying on health care providers and pharmacies to give out the vaccines from now on, officials said at a press conference Tuesday.

“Most people have had plenty of opportunity to be vaccinated, and … the use of our statewide vaccine clinics at the present time is very low,” Department of Health Commissioner Mark Levine said. “This gives us the opportunity to make getting your Covid vaccine more like other vaccines that you can get from your health care provider or pharmacy.”

Pharmacies have given out the Covid jab since the very start of the vaccination program in December 2020, and health care providers began receiving vaccine shipments from the state in the summer of 2021.

However, the state-run clinics have been a key benchmark of the program, at times offering dozens of clinics throughout Vermont each week. The Vermont government-held clinics at popular shopping sites, schools, workplaces and EMS stations, as well as events focused on the BIPOC community and rural regions of the state.

About 87% of eligible Vermonters 5 and older have received at least one dose of the vaccine, according to the health department. About 59% of Vermonters are up-to-date on their recommended vaccines, including the booster dose.

Jenney Samuelson, the interim secretary for the Agency of Human Services, said state-run clinics likely would cease around mid-April.

Levine said primary care providers are the only locations that have seen a recent increase in doses administered. “Care providers play a crucial role in being a trusted resource for patients who may have questions or just need reassurance from a medical professional,” he said.

When vaccines are finally offered for children under five years old, Levine said, they will only be available through pediatricians and family practitioners. “When the time comes, you will make an appointment through your clinician’s office rather than through the Health Department registration system,” he said.

However, 14% of Vermont adults did not have a personal doctor or health care provider in 2019, according to Kaiser Family Foundation. The Biden Administration also recently announced that providers will no longer be reimbursed for providing vaccines, testing or Covid treatment to uninsured people unless Congress plugs a funding hole.

Gov. Phil Scott said Vermont’s Covid programs would be “OK” for now despite the loss of federal funding, but it was an issue that could affect them “in the not too distant future.”

“They should come together and provide more funding because as I’ve said, it’s not as though this is over. We’re going to see variants in the future,” Scott said.

Levine said Vermont would be prepared to ramp up its vaccination efforts if the situation changed — for example, if another vaccine was offered for a new variant.

“Should there be some unforeseen circumstance that develops with the virus — which won’t be just here in Vermont, it’ll be all across the country —  … we’re poised to stand things up again,” he said.

The Covid strategy changes come amid the state’s first rise in Covid cases since the Omicron surge ebbed in January — although infections remain far below that dramatic peak.

The seven-day Covid case average rose about 14% this week compared with the last, according to the latest Department of Financial Regulation report which includes the state’s modeling data. The health department reported about 141 new cases per day this week, including 77 cases on Tuesday. That’s compared to 1,800 cases per day at the height of Omicron in January.

That means Vermont ranks fourth-highest in the nation for its Covid case rate, according to The New York Times. On the other hand, it has the second-lowest rate of hospitalization in the country.

According to new Centers for Disease Control and Prevention data, about 55% of Covid-19 cases in New England are from the BA.2 subvariant, compared to about 39% last week.

BA.2 has been blamed for a major spike in cases and a moderate spike in hospitalizations in Europe, China and Hong Kong. Levine said those places may face different situations than the United States because of their lower immunity from previous waves and vaccinations.

“It is uncertain at this time if the U.S. will see a slight surge in cases, or just what I’ve been calling a prolonged tail to the epidemic curve of Omicron,” Levine said. “So far, that is exactly what we’ve been seeing in Vermont, though it is still early.”

He said thus far, hospitalizations have not risen in Vermont. But the state modeling update appears to contradict that slightly: The report said new hospital admissions increased this week, going from about four a day to about six a day.

By contrast, the number of people hospitalized for the disease at any one time remains low. The health department reported 14 people were in Vermont hospitals with Covid-19 as of Tuesday, including two in intensive care.

Scott added that about half of hospitalized Covid patients were not there because of the disease, but tested positive while visiting the hospital for something else.

The health department reported two more Covid deaths, for a total of nine so far in March. Fatalities remain low compared with their elevated rate through February, according to the state report.

In total, 613 people have died from the virus in Vermont since the pandemic began.

Sign up for our guide to the global coronavirus outbreak and its impact on Vermont, with latest developments delivered to your inbox.

Did you know VTDigger is a nonprofit?

Our journalism is made possible by member donations. If you value what we do, please contribute and help keep this vital resource accessible to all.