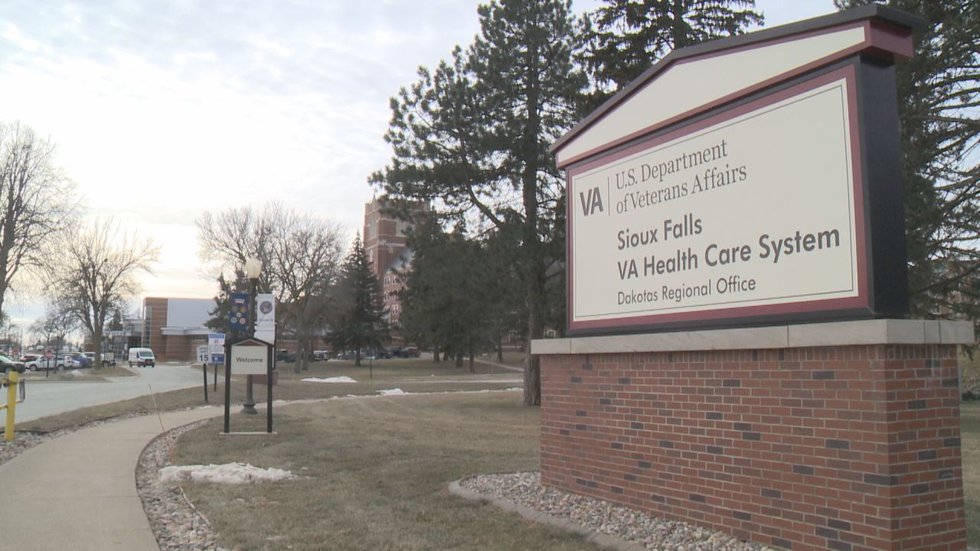 SIOUX FALLS, S.D. (Dakota News Now) -Two dark clouds are looming over the VA Health System in South Dakota. One is hanging over the Sioux Falls VA hospital director, the other is a target to close departments and entire VA facilities across the state.

While VA facilities in western South Dakota have been previously targeted for closure, this time, the scope is statewide according to Senator Mike Rounds.

“The emergency room in Sioux Falls, at the Sioux Falls VA, they propose closing the Wagner clinic on the reservation. They propose closing most of the Hot Springs facility, and they even recommended a significant reduction in care at the Sturgis community, moving it into Rapid City,” said Senator Rounds.

Allegations of a lack of leadership, and a hostile work environment at the helm of a VA hospital director Lisa Simoneau have led to Senator Rounds stepping in, sending a letter to the National Secretary of the Department of Veterans Affairs, stating he has lost faith in the VA’s ability to reconcile issues.

“We’ve expressed our concern of what’s going on in Sioux Falls regarding the treatment of Veterans, their inability to get care in the community,” said Rounds.

Insiders at the VA tell us of retaliation when they advocate for a veteran, or voice their concerns. Call center employees report going against protocol to book an appointment for a seriously ill patient, rather than putting the paper aside and taking another incoming call. Rounds says whistleblowers need protection.

“We’re not going to rest until we ensure that they’re protected and if somebody does come to my office with a concern that there will not be retribution by their supervisors,” said Rounds.

Concerns for the medical care of Veterans go beyond South Dakota.

In a nationwide report, some veterans are being booked with deceased doctors, a provider with a revoked license, or even worse.

The US Government Accountability Office reviewed the VA’s list of 800,000 thousand providers including in the midwest and found 1,600 were providers were not fit to provide care.

“A provider had been convicted of patient neglect and abuse,” said Bagodayom. And another provider…”He was being removed because he posed an immediate and present danger to public health.”

Regarding solutions to the problems, the US House is reviewing a bill to mandate the VA make changes in how they care for veterans as suggested by the GOA.

As far as the proposed closures, Rounds says there’s an effort underway to block committee meetings that are trying to close the VA locations. He believes that rural areas are being targeted for closure and South Dakota veterans should have greater access to care.

“And that means expanding community outreach to physicians in those areas so that men and women both can go to doctors of their own choice and have the VA be the payer, rather than them being the provider in many instances,” said Rounds.

The VA is expected to respond to the GA0′s concerns this summer. Regarding the proposed closures, the committee is marking the end of March next year as a closure date.