The Best Fitness Trackers for 2022 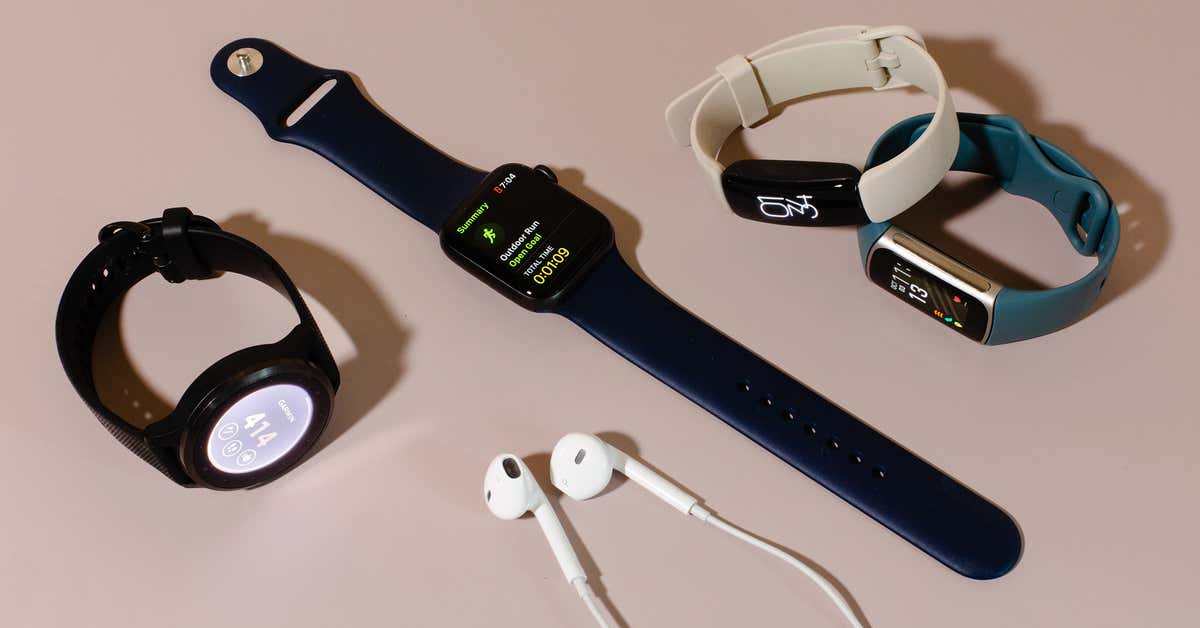 A wearable fitness tracker can help you monitor your steps, strides, sleep, and more. It can also dole out doses of motivation along the way, which might nudge you toward a specific goal. Since 2015, we’ve spent more than two total months running, walking, swimming, cycling, sleeping, and, in short, living with 35 different fitness trackers day and night to assess their accuracy, ease of use, and comfort. Although no tracker perfectly recorded every metric it attempted to (including distance traveled, step counts, sleep quality, calories burned, and heart rate), we’re confident that the easy-to-use, feature-packed Fitbit Charge 5 is the best option for most people who want to use a fitness tracker to monitor their movements and take steps toward improving their health.

A sleek, feature-packed activity tracker, the Fitbit Charge 5 records a range of activities accurately and automatically, includes built-in GPS, and has an app that makes it simple to use and customize.

The Fitbit Charge 5 is among the most accurate for measuring steps and heart rate (although accuracy isn’t everything). It reliably detects, nearly always correctly identifies, and automatically begins to record workouts—running, walking, biking, swimming—after about 10 minutes of activity. The color touchscreen display is vivid and clear, even in bright sunlight, with easily identifiable icons allowing for unfussy menu negotiation. (Orienting yourself with all of its features, however, might take a beat.) Fitbit’s concise, straightforward app lets you parse daily activity data with ease and allows for linking to a robust network of other Fitbit users—which might help keep you motivated. (You can also opt in to the app’s Premium version, which usually costs $10 per month.) The Charge 5 has 21 activity modes, six of which you can add to your on-device favorites list via the app. Within the app, you can also determine which smartphone notifications you’d like to buzz on your wrist. The Charge 5 has on-wrist ECG (electrocardiogram) and built-in GPS, which allows for real-time pace and distance data without requiring a phone connection (though it was susceptible to unevenness, as GPS often is).

Battery life: up to seven days in watch mode, or up to five hours in continuous GPS mode
Sleep tracking: yes, including naps of over an hour
Water resistance: yes, for up to 50 meters
Heart-rate monitor: yes
GPS: built in

Compared with the Fitbit Charge 5, the Fitbit Inspire 2 has a slimmer silhouette and a battery that lasts three days longer. But it has a smaller, non-color screen and it doesn’t offer built-in GPS.

The Fitbit Inspire 2 has a slimmer profile than the Fitbit Charge 5. Its touchscreen display is bright and vibrant, though not color (the Charge 5’s is). The Inspire 2 does not have built-in GPS (which the Charge 5 does); it measures pace and distance on a walk or a run when connected to your phone’s GPS—meaning you’ll need your phone with you. Though we found the Inspire 2 to be less precise when recording all-day step counts, it performed solidly in our heart-rate tests. It has guided, on-wrist breathing sessions, which the Charge 5 doesn’t. Like the Charge 5, this Fitbit model offers about 20 goal-based exercise modes, and it tracks sleep stages (though alarms are programmable only in the app; with the Charge 5, you can set alarms on the device). You can wear the Inspire 2 on your wrist or on your clothes with a clip (sold separately).

Battery life: up to 10 days
Sleep tracking: yes, not including naps
Water resistance: yes, up to 50 meters
Heart-rate monitor: yes
GPS: when connected to a phone 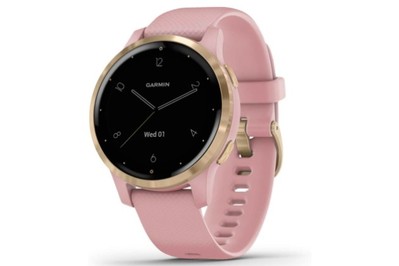 Winning points for accuracy and wearability, the Garmin Vívoactive 4S combines the best of sport and everyday wear for those who lead a workout-fueled life. It’s also a step closer to a GPS running watch than the Fitbit trackers we recommend.

If you’re especially active and want to keep in-depth records of your workouts, consider the Garmin Vívoactive 4S. It’s a sporty, advanced fitness tracker with an emphasis on—you guessed it—exercise. The 4S is the smaller of Garmin’s two Series 4 offerings (it has a 40-millimeter screen, versus the Vívoactive 4’s 45-millimeter screen). It’s refined and highly wearable—the 4S is bigger than the two Fitbit models we recommend, but smaller than other watch-like trackers from Garmin and Polar (another brand we tested). Its color touchscreen is clear and responsive, albeit more muted than those of a few color-screen competitors. Buttons beside the screen make it easier to toggle between workout modes or to start and stop workouts, and workout-data screens display more than one metric simultaneously (our Fitbit picks show one at a time).

Battery life: up to seven days in watch mode, or up to five hours in music mode plus GPS
Sleep tracking: yes, not including naps
Water resistance: yes, up to 50 meters
Heart-rate monitor: yes
GPS: built in 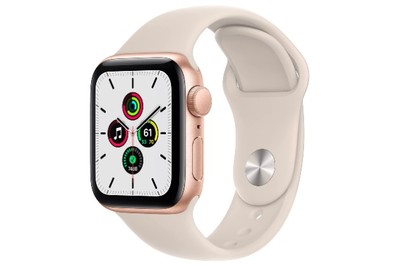 A smartwatch first and foremost, the Apple Watch SE delivers engaging activity, workout, and health tracking. But its battery life is shorter than that of our other picks, its app is a little less detailed, and it lacks a few advanced features that may appeal to you depending on your goals.

If you want a true smartwatch with engaging activity and workout tracking, if you’re a fan of the Apple ecosystem, and if you can do without a handful of features that the more-advanced Apple Watch Series 7 (our top smartwatch pick for people with iPhones) has, the Apple Watch SE might fit the bill. Our budget pick for the best smartwatch for iPhone users, the Apple Watch SE has a bright, clear screen and intuitive controls. It measures activity by encouraging you to close a trio of rings each day, which is a visually engaging way to track your progress. The SE’s straightforward (if pared-down) Fitness app houses various workout and activity stats, although its sleep tracking isn’t as detailed as that of our other picks. Also absent is an always-on display, which can be a bummer during workouts. The Apple Watch SE performed at the top in our heart-rate accuracy tests and provided reasonable daily step counts and dependable GPS tracking. But its battery life lasts only up to 18 hours, while our other picks have batteries that stretch for multiple days.

Battery life: up to 18 hours
Sleep tracking: yes, not including naps
Water resistance: yes, up to 50 meters
Heart-rate monitor: yes
GPS: built in