British Prime Minister Boris Johnson on Monday ordered pubs in Liverpool to shut as part of a new strategy to tackle a surge in coronavirus cases, as staff at three field hospitals across the country were told to prepare for a wave of admissions.

The northwest English city is the first to be placed at “very high risk” under a new three-tiered system designed to bring order to what has become a complex web of local restrictions.

Johnson addressed the nation to explain the decision, saying the latest figures “are flashing at us like dashboard warnings in a passenger jet and we must act now”.

He earlier told MPs that he could not allow Covid-19 to “let rip” and risk the death toll — the highest in Europe at almost 43,000 — spiralling even higher.

“This is not how we want to live our lives,” the Conservative leader, who himself was hospitalised with coronavirus in April, told the House of Commons.

“But this is the narrow path we have to tread between the social and economic trauma of a full lockdown and the massive human and economic cost of an uncontained epidemic.”

Prime Minister Boris Johnson has been heavily criticised for his government’s response to the outbreak Photo: AFP / Daniel LEAL-OLIVAS

Inter-household mixing will be banned indoors and in private gardens while pubs, bars, gyms, betting shops and casinos will close from Wednesday in Liverpool, which has a population of about 1.5 million.

People will be advised not to travel in and out of these areas.

Johnson said businesses forced to close would be supported under a new government programme to fund two-thirds of an employee’s monthly wages, as well as extra support for local contact tracing and enforcement.

Other areas of England will be classed either as “medium”, in which current nationwide rules limiting social gatherings to six will apply, or “high”, where different households are banned from mixing indoors.

They are among a string of temporary hospitals, named after nursing pioneer Florence Nightingale, put up by the military in conference centres and stadia coronavirus as swept across the UK earlier this year.

Testing for hospital staff is also being stepped up in high-risk areas, as health officials warned infection rates were rising across the country and in all age ranges, not just the young.

Almost 14,000 new coronavirus cases were reported across the UK on Monday, with 50 further deaths.

COVID rates in some northern cities have almost doubled in a week, despite local lockdowns coming into force last Wednesday.

But leaders in Manchester, Liverpool, Newcastle and Leeds have warned health secretary Matt Hancock that they would not support further “economic lockdowns” and called for new powers to tackle the resurgence.

The leaders of Leeds, Manchester and Newcastle city councils – Judith Blake, Sir Richard Leese and Nick Forbes – joined Liverpool mayor Joe Anderson to write to the health secretary to say they are “extremely concerned” with the rise in cases, but hit out at the “confusing” regulations.

“The existing restrictions are not working, confusing for the public and some, like the 10pm rule, are counter-productive,” the Labour politicians wrote.

They called for additional powers to punish those who break rules, for new restrictions to be developed by police, council and public health experts and for a locally-controlled test and trace system.

Watch: What is a local lockdown?

“We want to be clear however that we do not support further economic lockdowns,” the leaders added.

Health officials are also expecting Nottingham to be placed in lockdown after a surge in COVID-19 cases.

Professor John Edmunds, who is advising the government’s coronavirus response, joined the criticism of local measures on Tuesday, arguing that new national restrictions were needed immediately to bring the pandemic under control.

“These local restrictions that have been put in place in much of the north of England really haven’t been very effective,” he told BBC Newsnight.

“We need to take much more stringent measures, not just in the north of England, we need to do it countrywide, and bring the epidemic back under control.”

He said the government’s current “light touch” measures are just “delaying the inevitable”.

“We will at some point put very stringent measures in place because we will have to when hospitals start to really fill up,” he said. “Frankly, the better strategy is to put them in place now.”

Daily figures showed there were 14,542 lab-confirmed cases of coronavirus in the UK, as of 9am on Tuesday.

LONDON (AP) — Britain imposed tighter restrictions on social gatherings in the port city of Liverpool and three towns as scientists reported Thursday that the number of COVID-19 cases in England has quadrupled or more in the last month.

Health Secretary Matt Hancock told the House of Commons on Thursday that the infection rate in Liverpool had risen to 268 per 100,000 people, seven times the national average. He said it was time to extend tougher measures to the city, as well as to the nearby town of Warrington and in Hartlepool and Middlesbrough, which are on the other side of the country.

The restrictions are similar to those imposed in northeastern England earlier this week, which forbid mixing of households except public spaces like parks. The government also recommended that people visit nursing homes only in exceptional circumstances.

“We’ve had to take difficult but necessary decisions to suppress the virus,” Hancock said. “The only alternative to suppressing the virus is to let it rip, and I will not do that.”

The measures announced Thursday are the latest in a series of heightened restrictions targeting local coronavirus hotspots as the British government struggles to control the spread of COVID-19. Confirmed daily new cases of COVID-19 rose above 7,000 in each of the past two days, the highest recorded since the pandemic began. Britain’s official death toll has passed 42,000 — the highest level in Europe.

But scientists have offered some hope that the spread of the disease may be slowing.

A large government-commissioned study that randomly tested tens of thousands of people in England found that the epidemic is not increasing as rapidly as scientists had feared.

“At the moment, we seem to be still at very high levels of the virus, and we do seem to still have a bit of an upward trajectory, but that very fast increase in the virus seems to have slowed and that’s very encouraging,” Paul Elliott, chair of epidemiology at Imperial College London, told the BBC.

Research by Elliott and his colleagues, based on testing of more than 80,000 volunteers across England Sept. 18-26, found around one in 200 people were infected with the coronavirus, an increase from about 1 in 800 people in early September.

Still, Elliott said the time to act was now.

“We need to get on top of this now so we don’t have an exponential increase,” he said.

Dr. David Strain of the British Medical Association, urged caution, as infection rates remain high among certain groups. He noted that factors other than the government measures may be slowing the disease’s spread. 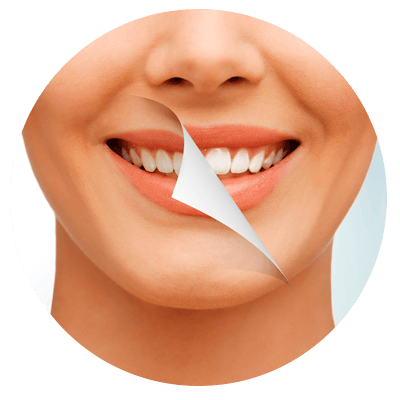 The dentist is an important physician in the lives of people. I am lastly going to get my teeth mounted as a result of I’ve received me some dental insurance coverage!” That is when the dentist drops the “bomb” on you that the procedures wanted to fix your teeth will cost you many hundred (or thousand) dollars and, with a view to get your teeth fixed, you’ll have to pay for that out of your individual pocket because your dental insurance coverage doesn’t cover pre-present circumstances.

Peanutritious – I agree, typically persons are very much influenced by their names and by the reactions of others’ to their names. The outcome will be amazing, without any danger to your enamel and with out spending on dental remedies. Seek for a website that lists dentists in your area along with patient opinions.

Not just your tooth should be cleaned, it is usually essential clear your gums while brushing. More people are visiting cosmetic dentists in Essex to have their teeth fastened. It is extremely important that they keep ‘Excessive Sterilization Standards’, checklist their ‘Medical Protocols’, use branded and examined ‘Materials and Merchandise’, and have a major and skilled Dentist with different Dental Specialists in-office.

In an effort to ensure you make a sound determination and discover the very best dentist in Derby, you want to do three things: 1. work out what you’re in search of, 2. develop an inventory of potential dentists in Derby, and 3. slender down your record to only one or two dentists that you’ll actually ebook appointments with.

Too much gum tissue makes it very distinguished and bothers some individuals, whereas others have receding gums. Nevertheless, if your gums present a special side or begin to bleed frequently, you will need to go to a dentist. Everybody is aware of Dentistry is a subject of science dealing with teeth(dentition).…