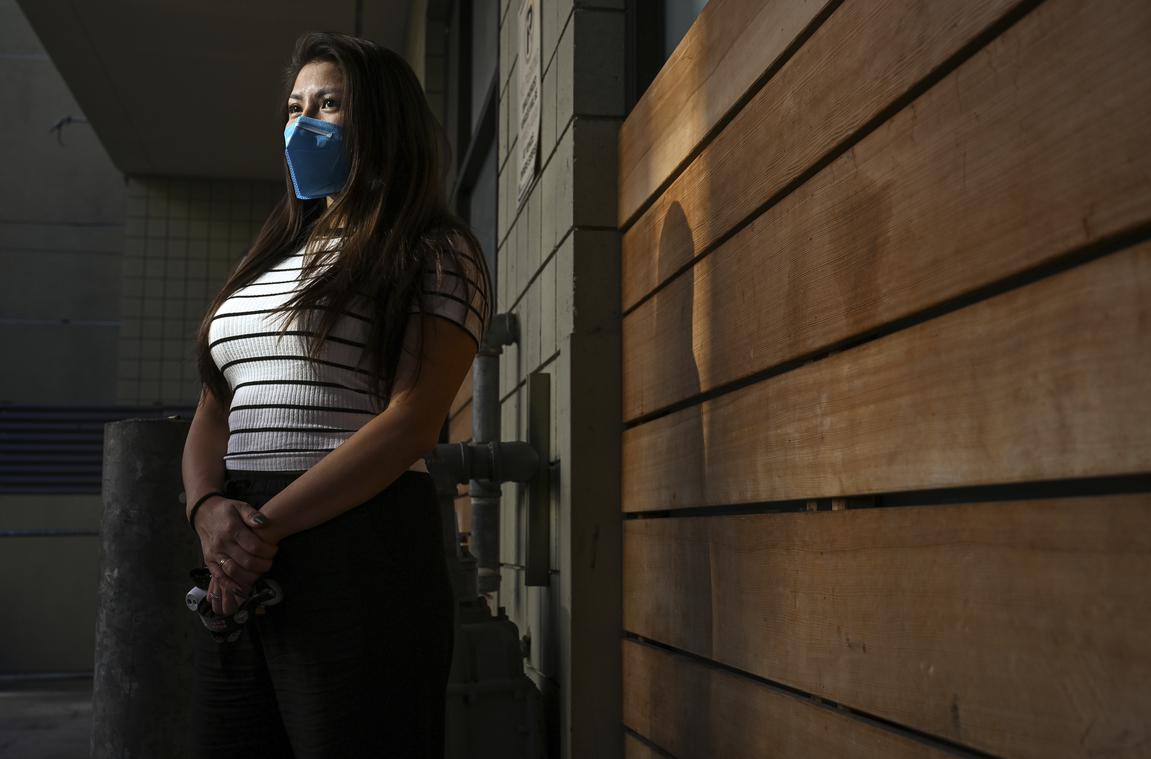 Some are hearing voices. Others are grappling with grief or reeling from a panic attack. Most are homeless and seeking respite at the city’s only mental health urgent care clinic where people can rest for 24 hours. Clients get fed and talk to therapists and nurses who can provide medications, help with substance use withdrawal and check on their physical health.

Le looks forward to a day when none of her clients endlessly cycle through the city’s mental health care system. While the pandemic has complicated mental health treatment, the city has launched new resources over the past two years.

A new city team refers people from the streets to her clinic and follows up to provide long-term placement, for example. But while more people are getting connected to services, many still aren’t.

“There are long wait lists,” Le said. “We don’t have space for everybody.”

Frequently, people “find themselves in crisis again” and end up back ringing the clinic’s doorbell.

Two years ago, San Francisco passed pioneering legislation that aimed to fix the city’s broken mental health and substance use treatment system. MentalHealthSF aimed to fund more staff, beds and programs and create a comprehensive care system so that people wouldn’t keep cycling through services like Dore. A city report at the time found 4,000 people in the city were homeless and struggling with substance use and mental illness.

The city is spending $607 million this fiscal year on a behavioral health system that serves around 20,000 people. That includes $55.5 million going to MentalHealthSF. The city has made strides on the plan, adding Street Crisis Response Teams and opening 87 new treatment beds, a bit less than a quarter of what’s planned.

But architects of the plan and some mental health professionals are frustrated at slow progress on the bigger challenge of connecting a still-disjointed system of care. The city hasn’t yet opened a promised office to coordinate care across providers or fleshed out a centralized access center for referrals. The public health department and experts said the hurdles include pandemic and hiring delays in the city’s notoriously slow system.

Meanwhile, the crisis has only worsened. Mental health care professionals say the need for treatment shot up during the pandemic, colliding with a shortage in therapists. And last year, 711 people died of drug overdoses in San Francisco, with the death toll rising on par this year.

“We know that this crisis is perhaps the biggest one we’re facing in San Francisco right now,” said Supervisor Hillary Ronen, one of the architects of Mental Health SF. “If this is the No. 1 priority, why aren’t we further along?”

Supervisor Matt Haney, who wrote the legislation with Ronen, said MentalHealthSF has “already changed the way the system operates without a doubt,” but more needs to be done.

“There’s still far too many people in our city and on our streets who are not accessing care effectively and are being cycled in and out of our hospital rooms without effective placement or coordination,” he said. “That’s what MentalHealthSF is designed to fix and it hasn’t fixed that yet.”

The health department acknowledged in a statement that “the system can be difficult for clients and providers to navigate and improving care coordination is a top priority.”

The pandemic delayed the plan and its main source of funding — tax Proposition C — wasn’t available until December 2020. Plus, the health department didn’t have a permanent director of behavioral health until March, when Dr. Hillary Kunins took over.

Kunins said an “awful lot has happened” with the plan and the department is “taking every step to develop whatever elements we can to implement quickly.” She understands the urgency, but said there are structural challenges to fix.

“We are the inheritors here, not just in San Francisco, but nationally of a long underfunded and depleted system of care particularly for higher levels of hospital and residential care,” she said.

Some feel the city’s decision to introduce new programs — such as the Street Overdose Response Team — that weren’t in the legislation are a distraction from the larger goal of integrated care.

“We have in essence created a maintenance and not a recovery system of care,” Ronen said.

She feared the city is “just once again going to have a bunch of great programs that don’t work together and aren’t coordinated.”

Mayor London Breed’s spokesman Andy Lynch said the city is “committed to the longer-term process of implementing MentalHealthSF… but at the same time we have an urgent crisis on our streets and we’re going to try everything we can in the meantime to save lives.”

Kunins said she was aware of concerns about coordination and not duplicating services.

Ronen is now looking at possibly updating the legislation, including adding deadlines and specifics on what data the health department should collect to know where the gaps remain.

MentalHealthSF has four key components. First, the legislation called for street crisis teams to respond to lower priority 911 calls of people in crisis instead of police. Five teams are spread out over the city, with a sixth working overnight.

Another goal was to add 400 substance use and mental health treatment beds.

Of those, 87 beds were available as of late November, including 26 at a psychiatric respite facility, 10 for people who struggle with chronic alcohol use, 20 at a yearlong residential care facility and 31 at a mental health rehabilitation facility. A 20-bed drug sobering center will open in early 2022.

One of the game changers promised in the legislation was the Office of Coordinated Care, tasked with providing care plans and case management to navigate the system. The office is still in the planning phase. The department has only hired three staff members as of late November, but plans to find a director by January.

Lastly, the legislation called for the creation of a mental health service center as a centralized entry point to the system, including a pharmacy and transportation. The department is still designing the center. In the meantime, it’s expanding hours at its pharmacy and Behavioral Health Access Center, which hosts a 24/7 phone access line and case managers.

Service providers welcomed the progress, but hoped to be farther along.

Monique LeSarre, executive director of Rafiki Coalition for Health and Wellness in the Bayview and chair of the MentalHealthSF implementation working group, said the group is “frustrated” by the slow progress.

“The structural racism, the institutionalization of people, is not going to be solved overnight. I know that I’m pushing as hard as I can,” she said. “We could definitely do better, but we’ve got to really be thoughtful and strategic.”

LeSarre and others said red tape and the city’s antiquated hiring process have hindered progress.

One successful piece of the plan has been the Street Crisis Response Teams. Since their start a year ago, they have responded to a third of certain low-level 911 calls, reducing police interactions with mentally ill people.

Health Department data shows a majority of people the teams met remained in the community instead of going to a treatment facility or hospital. LeSarre said that isn’t always desirable, although the department said some people might not be ready to get care, and mental health professionals follow up with those who are.

Shortt said providers still often go first to San Francisco General Hospital when someone is in a psychiatric crisis. The psychiatric emergency services department has been historically overwhelmed and sometimes still maxes out, with people waiting in the emergency room until space opens up.

That’s where Dore, run by nonprofit Progress Foundation, comes in. On a recent afternoon, the clinic was calm and quiet, with a regular visitor curled up on a leather chair after receiving medication for paranoia.

Staff have welcomed new teams and beds and are eager to see citywide care coordination.

“It creates more continuity,” said Sarah Peters, Dore’s assistant director. “It gives a sense that there is a path through a system that is quite hard to navigate for many people and creates a better sense of possibility that someone might be able to access services and get better.”