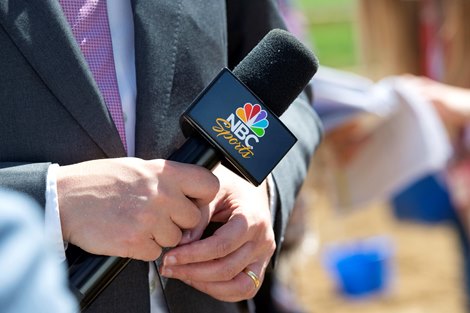 Peacock will live stream NBC’s Triple Crown horse races for the first time this spring, beginning Saturday, May 7 at 2:30 p.m. ET, when NBC and Peacock present the 148th Kentucky Derby. NBC Sports will present more than 20 hours of Triple Crown coverage across NBC, USA Network, CNBC, and Peacock this spring.

Two weeks after NBC Sports’ five-hour Kentucky Derby show, Peacock will simul-stream NBC’s live broadcast of the Preakness Stakes on Saturday, May 21 at 4 p.m. ET. Then on Saturday, June 11 at 5 p.m. ET, NBC and Peacock will present the Belmont Stakes.


NBC Sports is the exclusive home to the most important and prestigious events in horse racing, including the Triple Crown, the Breeders’ Cup World Championships, Royal Ascot, and Pegasus World Cup Invitational Series. NBC has been the exclusive home of the Kentucky Derby and the Preakness Stakes since 2001, and the Belmont Stakes since 2011, when NBC reassembled the Triple Crown.