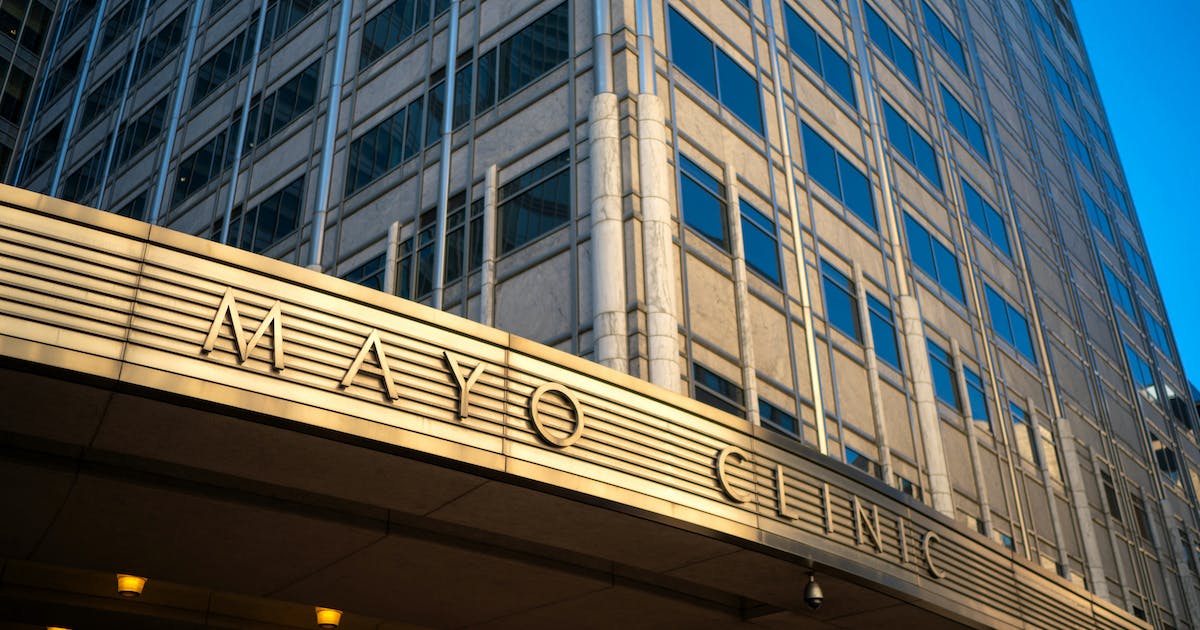 Mayo saw more than 1.4 million patients from every state and 139 countries in 2021. That’s up from more than 1.3 million the previous year, according to the clinic’s annual financial release Monday.

“Mayo Clinic staff have persevered heroically through more than two years of the pandemic and provided the highest-quality care for the historic number of patients who have trusted us with their health care,” Dr. Gianrico Farrugia, the clinic’s chief executive, said in a statement.

Mayo Clinic has significant operations in Minnesota and four other states. The nonprofit group employs more than 70,000 people, including 45,440 in Minnesota.

In 2022, Mayo is guaranteeing a minimum wage increase of 4% for workers, a rate that executives decided in February to boost from previously announced raises of 2%. Concerns over general inflation were a factor.

Last week, Mayo announced plans for $785 million in hospital construction projects in Jacksonville, Fla.; La Crosse, Wis.; and Mankato, with projects in the Midwest expected to begin this year.

It was the largest one-year tally for operating income in the clinic’s history, although the operating margin of 7.7% wasn’t quite as high as the rate seen in 2014.

Philanthropy, including future commitments, raised more than $1 billion, which was comparable to the previous year.

Meanwhile, Mayo’s long-term investment fund, which has averaged returns of 11.5% over the past decade, saw a 27.3% return in 2021. The performance drove net income of more than $3.5 billion — also a record.

Revenue growth of about 14% was a substantial rebound from 2020 when the COVID-19 pandemic drove a temporary shutdown of non-emergency care and cut the clinic’s revenue growth rate to just 1.5%.

Expenses grew by 11% due in large part to costs related to the pandemic and increased clinical volumes.

“In 2021, we experienced multiple COVID surges,” Mayo said in a statement to the Star Tribune. “At times, we had to scale back the outpatient and surgical/procedural practices so that we could support our hospital practice, which bore the brunt of the surges.

“The hospital practice absolutely experienced higher levels of acuity … due to both COVID patients as well as the need to treat the highest acuity patients during the surges.”

The weekly average for hospital census averaged more than 2,100 patients, up about 8% compared with 2020. Hospital occupancy averaged nearly 92%, which the clinic said was significantly higher than before the pandemic in 2019.

The clinic cared for more than 160,000 patients with COVID-19 during 2021 and tested more than 1.1 million people for the virus. Mayo staff administered more than 500,000 COVID-19 vaccines and more than 19,000 infusions of monoclonal antibodies to treat the disease.

The Rochester-based Mayo Clinic Laboratories processed samples from more than 4,000 hospitals in the U.S. and 80 countries in 2021, completing more than 27 million tests of all types.

The lab last year performed 2.4 million COVID-19 tests, off from 3.1 million tests in 2020, as pandemic testing capacity increased across the U.S. including at-home kits for rapid results.

“More than 1 million outpatient appointments were provided virtually in 2021, and more than 8,500 patients were enrolled in remote monitoring to receive care how and where they prefer,” the clinic reported.

The estimated cost of providing charity care plunged from $89 million in 2020 to $49 million last year, according to a financial statement. The filing also reported the annual unreimbursed cost of providing services to Medicaid patients increased from $540 million to $601 million over the time period.

Medical service revenue grew by 16% overall. The clinic’s operations in the Midwest generated more than two-thirds of the revenue, although the growth rate was higher at Mayo’s operations in Florida and Arizona.

Charitable giving from years ago means Mayo Clinic has oil and gas interests that generated $101 million in “other” revenue last year, a jump from $46 million the previous year. Cafeteria revenue grew by more than 12% to $29 million.