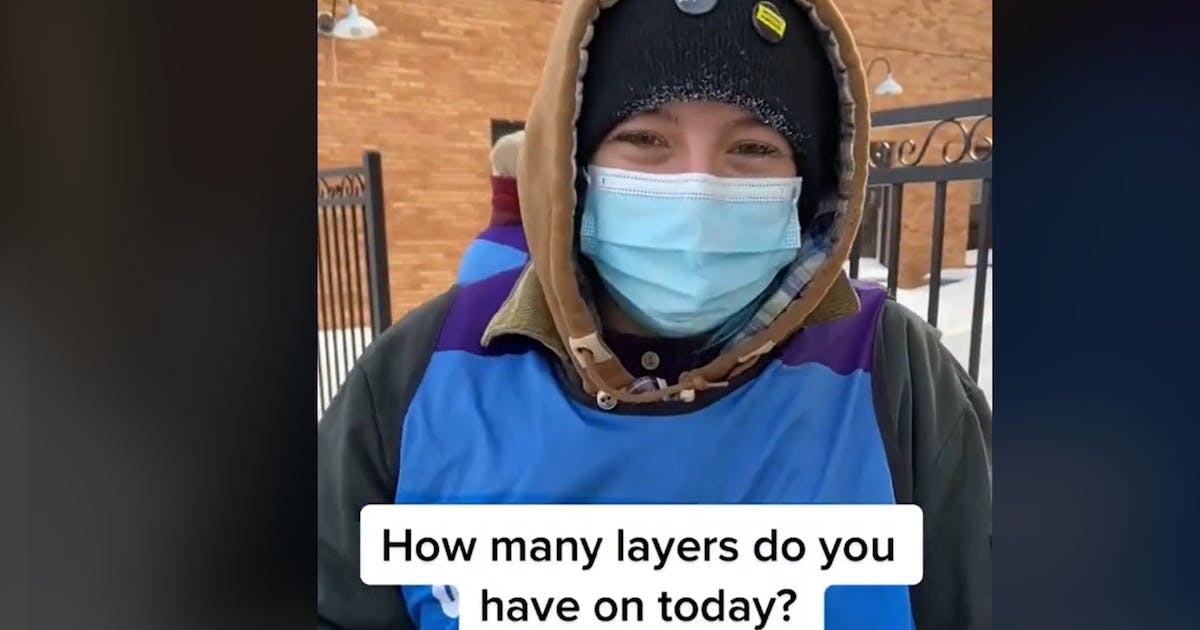 DULUTH — On a subzero morning in late January, two groups shivered in clumps near the entrance to parking garage stairs in downtown Duluth, a few yards from northern Minnesota’s only abortion clinic.

One group, wearing brightly colored vests and twirling umbrellas like modern-day Mary Poppinses, kept warm by dancing to Snoop Dogg as they awaited the next patient to escort into the WE Health Clinic. Members of the other group, trying to hand out pamphlets, paced the public sidewalk and occasionally sang religious music a cappella as they waited, hoping to stop patients at the clinic gate.

It is the sort of scene captured weekly here and often shared with millions of people around the world. A TikTok account — mnclinicescorts — started by the clinic’s volunteer escorts, captures in streaming video clips a day-in-the-life vibe of the work they do and what they face as they do it.

Since beginning last fall, it has amassed nearly 254,000 followers. Several clips — those that highlight Minnesota winters or poke fun of protester behavior — have been viewed more than 2 million times each. One, showing an escort twerking to raunchy rap music as a protester stands idly by, has been seen 5.9 million times. That’s nearly 70 times the population of Duluth.

The internet-savvy content is not all about the abortion debate. The clips’ popularity often stems from the absurd: a protester passionately describing his opposition to abortion while Joan Jett’s “Bad Reputation” plays on a nearby speaker; to the very Minnesotan: a count of layers worn to keep warm at 10 below zero. And most have the backdrop of snappy music.

Donations by the thousands have poured in, and escorts say it’s raised awareness across the country on how women seeking abortions can be treated even in a city with a progressive bent.

“It went viral right away,” said Cassidy Thompson, who runs the escort program and started the TikTok account. “I think it’s because our protesters are hyper-aggressive.”

Clips, which don’t identify patients, show protesters following patients from their cars to the clinic entrance, getting close and pleading “don’t kill your little one” and “have pity on your child” all while escorts, using their bodies and umbrellas as barriers, try to block them from the patients.

When patients exit the clinic, protesters shout about abortion reversals, said Thompson, who noted some patients are there for miscarriage management, are referred by a hospital for fetal anomalies or are clients of a rape crisis center that shares the building. But all women who appear to be of child-bearing age are treated the same, escorts say.

Protesters record videos, too. Zoe Nelson, who calls herself a life counselor, is part of Pro-Life Ministries of Duluth. She wears a body camera for personal safety, she said, and doesn’t mind being recorded by escorts, although she questions the legality of posting the faces of protesters. (It is legal.)

“I think people like to have a cause,” she said, of the popularity of the TikTok clips, which she’s seen only snippets of. “If we weren’t here, I don’t think they’d need to escort. So it’s like this battle between sides. And it’s kind of exciting for people to watch, I guess.”

Thompson started the TikTok account when she saw other clinic escorts using the medium to raise money for their clinic programs. She also knew it was a way to shed light on what patients face to obtain legal health care, she said, and she is gratified by the comments from people who share their own stories and thank them for their work.

The account is making a difference, she said, “because it invokes a sense of urgency on what we’re seeing right now. And it might not be the case in the state you live in.”

The clinic is the only one of its kind in northern Minnesota and Wisconsin and Michigan’s Upper Peninsula. It sees patients from across the Upper Midwest, providing 10 to 18 abortions a week either via medication or an in-clinic procedure. The number of protesters has grown ahead of the U.S. Supreme Court decision that could overturn the constitutional right to abortion, leaving it up to individual states.

“If Roe. v. Wade is overturned, the evidence of harassment could help us fight for a safety zone,” which Minnesota doesn’t offer, Morris said. In California, for example, some cities have buffer zones in front of abortion clinics. Morris said protesters regularly violate the Freedom of Access to Clinic Entrances Act by blocking the entrance to the property.

The TikTok account links to resources, information, an Amazon wish list and a music playlist full of boisterous songs meant to drown out the protesters. Playing loud music and offering ear plugs to patients for the walk inside were suggested by TikTok followers, Thompson said.

“That’s been helpful if a patient is especially distraught,” she said.

“People have been so generous,” said Laurie Casey, executive director of the clinic. “And clients really love having the support.”

“Cassidy has cracked the code on this particular medium, and it’s fascinating to watch from a general social media marketing standpoint,” said Conlan, who shot a video that’s been viewed more than 1 million times. “That kind of viral reach is amazing. People see it and say. ‘Oh, my gosh, that is happening in Duluth?’ “