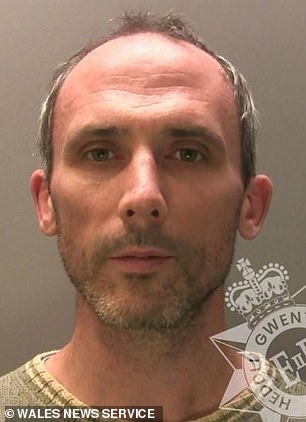 An resentful patient was arrested for stalking his dentist – just weeks after being released from prison for having a ‘murder kit’ in his car.

The former patient kept a crossbow, mask and kitchen knife hidden in his car which he planned to use to carry out the attack.

The court heard Baddeley even bought 30 different second-hand cars so he would not be spotted driving past the dentists’s home and work.

He was jailed for 16 months for stalking Dr Hutchinson – and ordered to stay away when he was released from behind bars last month.

But a court heard Baddeley was spotted by a police officer cycling past Dr Hutchinson’s surgery in breach of the restraining order.

Baddeley is today back behind bars after being remanded in custody by a judge for breaking the ‘stay away’ court order.

Businessman Baddeley even made a chilling timetable for ‘The Event’ including notes about how to avoid leaving fingerprints and what he should say to the police if caught.

Baddeley, of Montpellier, Bristol, admitted stalking and possessing a knife and an offensive weapon – rather than more serious charges. 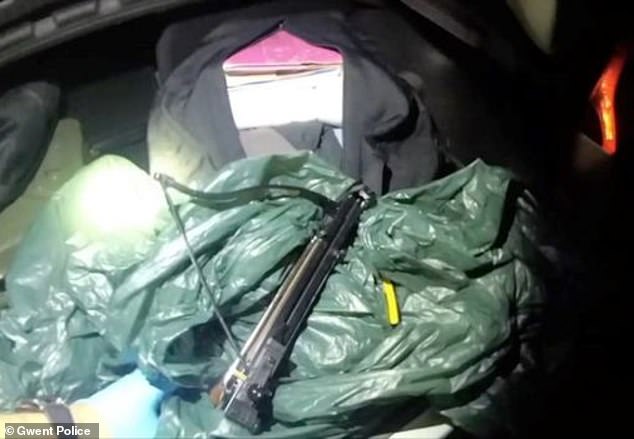 He was first jailed in August after officers found a ‘murder kit’ including a crossbow (pictured), black ski mask, and a kitchen knife in his car. He was released in September due to time spent in prison awaiting trial

The fact that his victim was unaware meant Baddeley could not be charged with a more serious stalking offence carrying a maximum jail term of 10 years.

He was sentenced to 16 months jail in August but released last month because of the time he spent in custody awaiting trial.

But on Friday he was back in court to plead guilty to breaching a restraining order by going to Dr Hutchinson’s surgery in Chepstow, Monmouthshire.

District Judge Martin Brown said his ‘obsession’ was continuing and he would be sentenced on 23 October at Cardiff Crown court.

However, Judge Brown said the case had had a huge impact on Dr Hutchinson.

‘This is a very unhealthy obsession because there has been no other explanation presented to the court,’ he said. 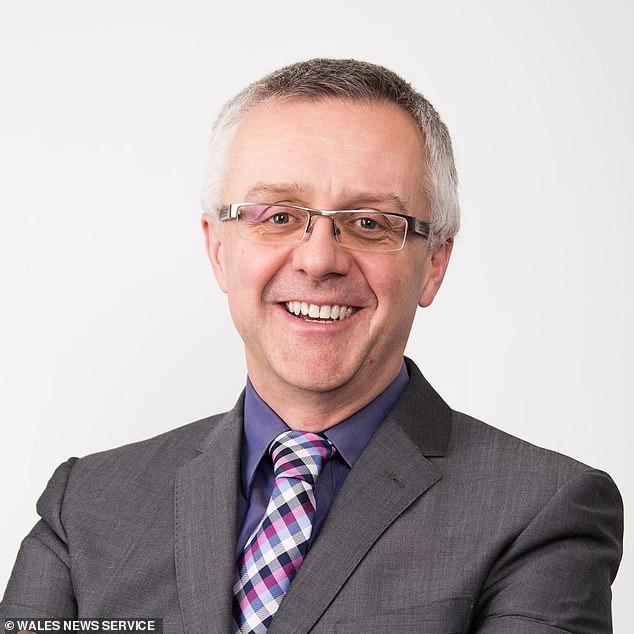 ‘The only reason you were in the Chepstow area was to continue your obsession.’

The previous court heard Baddeley staked out the dentists’s home and work in several different cars to work out his routine in a plan to carry out his dark revenge.

But he was caught when a worried neighbour spotted him sitting in a car with a black balaclava hood – and police were alerted.

Prosecutor Nigel Fryer said: ‘It is perhaps not hyperbole to call that a murder kit.’

Dr Hutchinson had no idea his ex-patient was stalking him until the police knocked on his door – and was left ‘extremely distressed’.

Dr Hutchinson told officers Baddeley was a patient at his surgery in Chepstow, Gwent, until 2016 when he saw him regularly to tighten his braces.

He said property company director Baddeley claimed the private treatment for his receding gums was ‘poisoning him’. 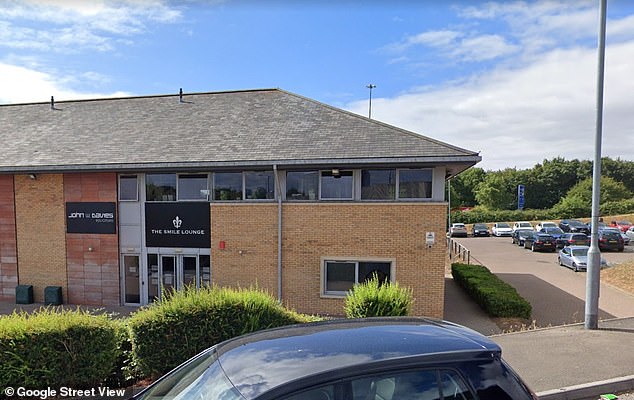 On Friday he was back in court to plead guilty to breaching a restraining order by going to Dr Hutchinson’s surgery in Chepstow, Monmouthshire (pictured). He will be sentenced on October 23

Dr Hutchinson said his patient made the ‘bizarre request’ for the orthodontist to put two teeth back into his mouth.

He tried to reassure his patient and thought he was going to make a formal complaint – but he did not hear from him again.

Cardiff Crown Court heard how ‘surveillance logs’ recovered from the Citroen car and Baddeley’s home showed he had stalk, d the dentist for years.

Baddeley was sent to prison for 16 months in August and the judge made an order for the crossbow, knife, and surveillance notes to be destroyed.

Judge Jenkins also imposed an indefinite restraining order – and warned Baddeley he could face five years in prison if he breaches it.

After the hearing, Dr Hutchinson said: ‘I’m constantly looking over my shoulder. I feel as though he knows everything about me and my family and there’s nothing we can do about it.

‘It’s altered both my personal life and professional life, and it won’t be the same again.’