After months of downplaying the threat of the Covid-19 pandemic, President Trump announced early Friday morning that he and First Lady Melania Trump had tested positive for the coronavirus. He is now hospitalized at the Walter Reed National Military Medical Center, with what people close to him said on Friday were mild symptoms, including a fever, cough and congestion.

It’s too soon to tell whether his illness will follow a typical course, or how severe his symptoms may become. And with millions of people sickened worldwide, no single timeline can encompass the range of Covid cases. But months of data have helped scientists home in on the general portrait of a symptomatic coronavirus case.

The time between initial exposure to the virus and the appearance of symptoms is known as the incubation period. This period is typically four to five days, although it can last up to 14 days, or perhaps even longer in rare cases. 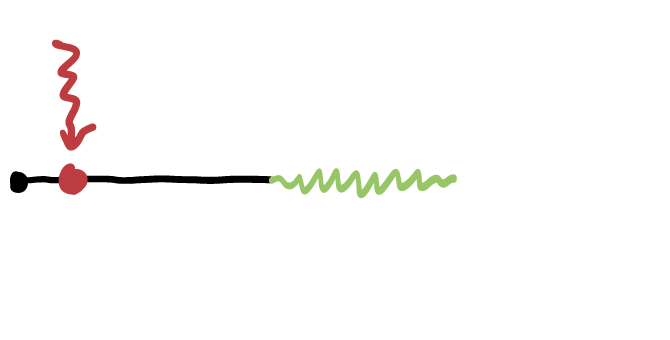 It remains unclear who infected Mr. Trump, although there are many potential candidates, several of whom gathered with the president during events last weekend and have traveled with him to crowded campaign rallies.

Most people who come down with Covid recover within a couple weeks and do not require hospitalization. Mr. Trump has reportedly experienced only mild symptoms so far.

Severe cases, however, may take far longer to resolve. And a growing cohort of coronavirus survivors, called long-haulers, has reported symptoms and side effects — including fatigue, impaired memory and heart problems — that can linger for months. 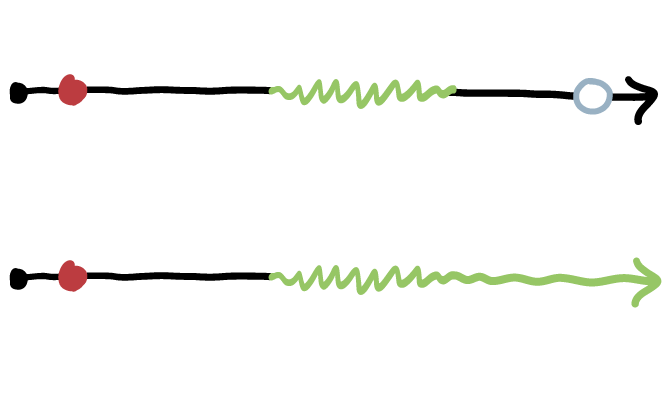 People who develop severe cases of Covid tend to be hospitalized within two weeks or so of the emergence of symptoms. But many of the factors that catapult certain people toward severe forms of the disease remain a scientific mystery. Scientists know that people who are male, older and obese — all descriptors of President Trump — are at higher risk for more serious effects of Covid.

After an initial exposure, the number of virus particles in a person’s body, or viral load, takes time to build up as the pathogen infiltrates cells and copies itself repeatedly. Mathematical models indicate that the viral load tends to peak before symptoms appear, if they appear at all, and starts to decline rather quickly in the days following the first signs of illness. 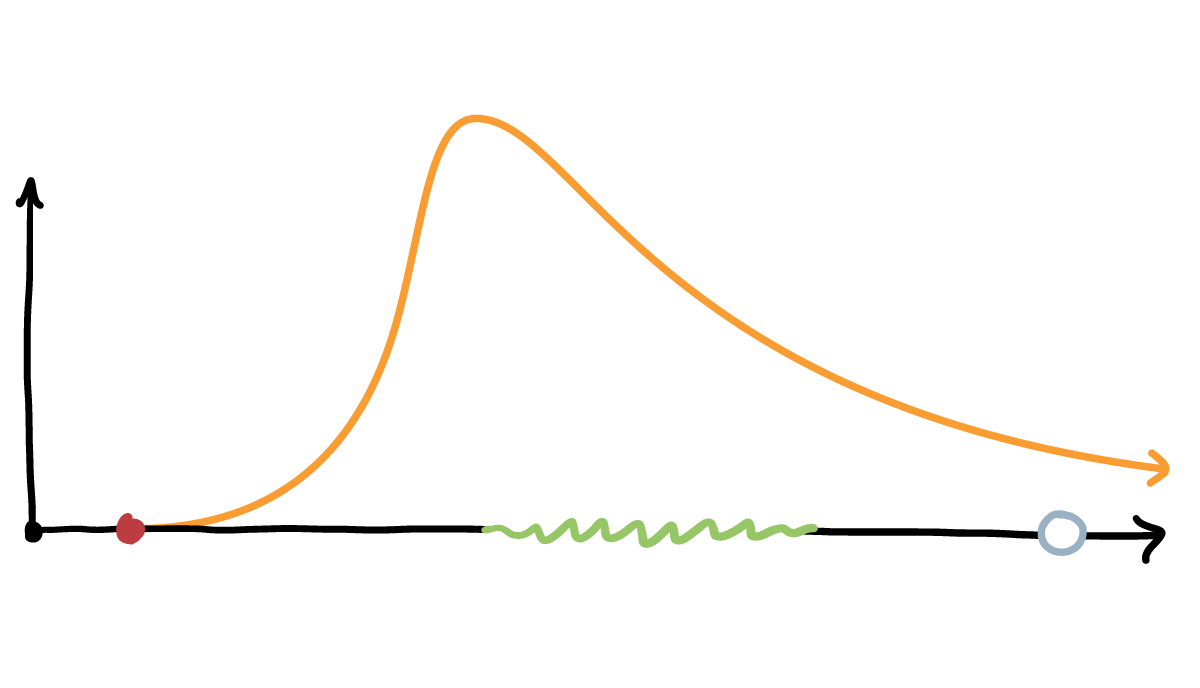 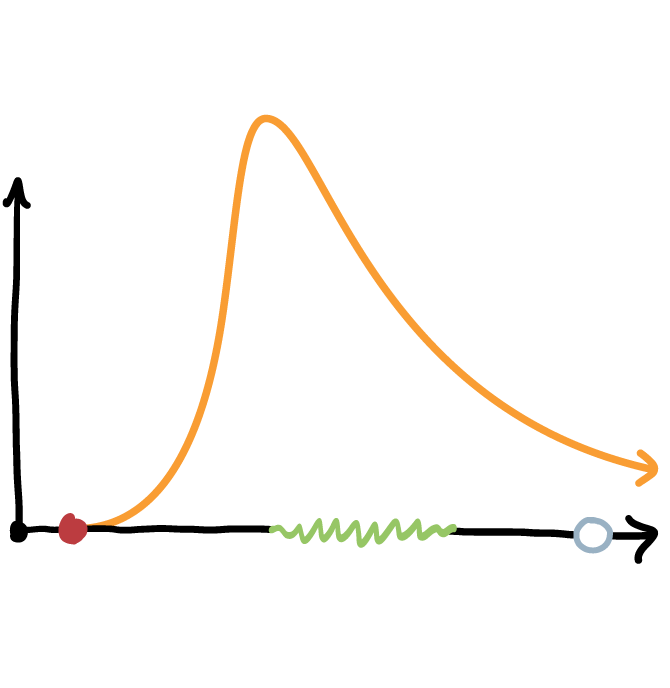 Experts have said that people are more likely to be contagious when their viral loads are high. If so, the window of peak infectiousness might be only a few days long, beginning a day or two before symptoms appear, and closing within a week thereafter. 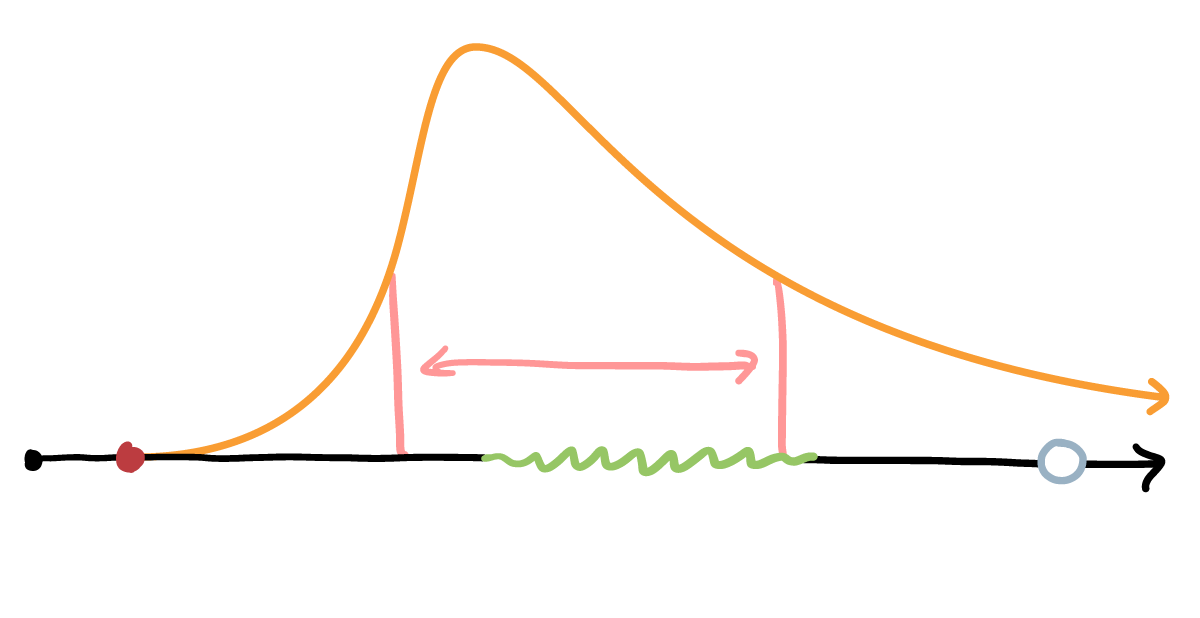 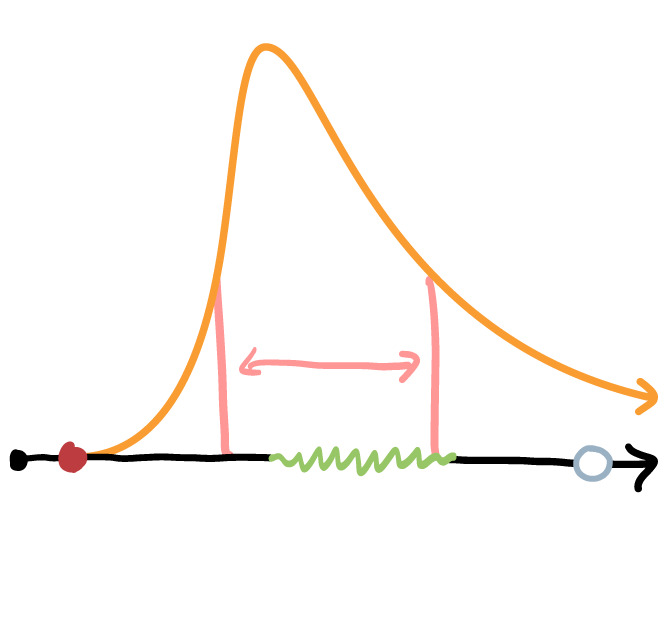 This also means that people can be highly contagious during the so-called presymptomatic stage, in the days before they develop symptoms. Separately, asymptomatic carriers of the coronavirus have also been repeatedly pinpointed as the source of transmission events, although how the virus behaves in the bodies of such people is less understood.

If Mr. Trump’s symptoms appeared on Wednesday or Thursday, he may have exposed several people in the days prior. He likely remains contagious now. In a series of tweets early Friday morning, the president confirmed that he and Mrs. Trump would isolate themselves — a move that swiftly canceled several events in the tense lead-up to the Nov. 3 election. Later, Mr. Trump was taken to Walter Reed for a stay of a few days. He has also been given an experimental antibody treatment developed by drug maker Regeneron.

Testing for the virus

For months, the White House has screened people coming into close contact with Mr. Trump. Many of these screenings are rapid tests, delivering actionable results within minutes without needing to send samples to a laboratory. Such speed and convenience can come at the cost of accuracy: Rapid tests are worse at picking up on low viral loads and very recent infections, and more often produce false negatives or false positives. Some experts argue that true positives from rapid tests might coincide with the period in which people are most contagious, although this has not yet been confirmed. Rapid tests like the much-discussed Abbott ID Now and BinaxNOW have been an emergency F.D.A. greenlight only for sick people who are within seven days of the start of symptoms. Use on individuals who don’t feel ill is considered off-label. 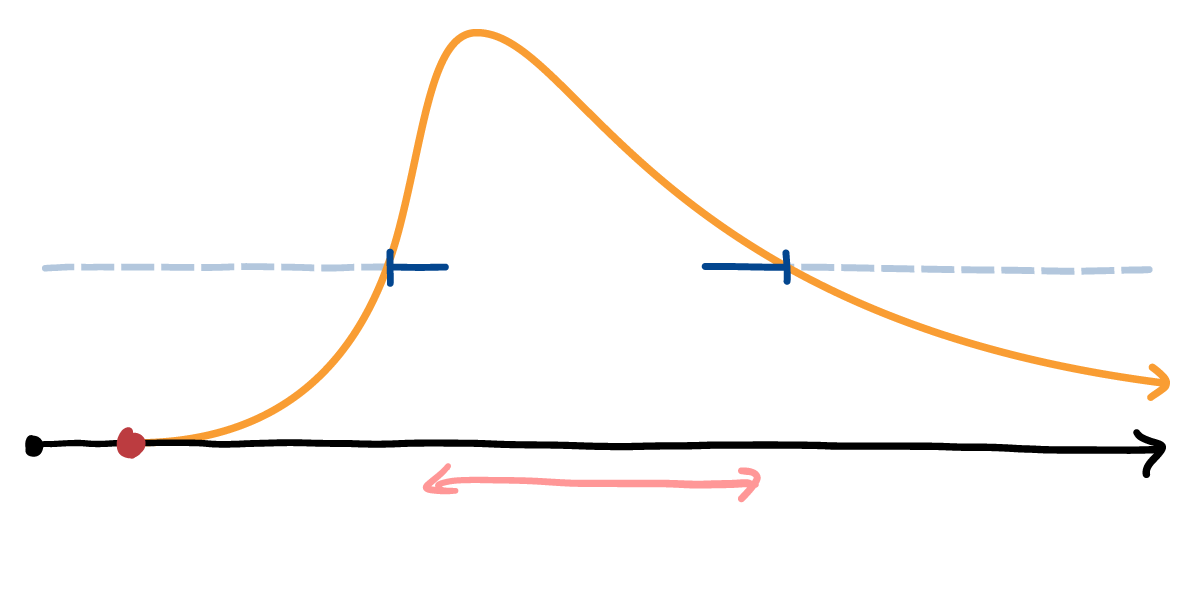 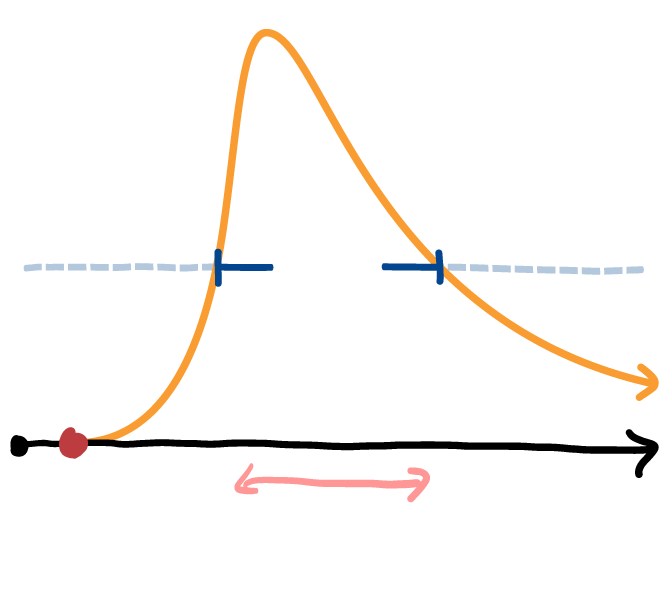 People with known exposure to an infected person — like Mr. Trump — or who have already developed symptoms may need to take a more sensitive test. Experts often recommend laboratory tests that rely on a technique called P.C.R. (polymerase chain reaction) that can detect very small amounts of the virus, but that usually takes several hours to run on sophisticated, expensive machines. 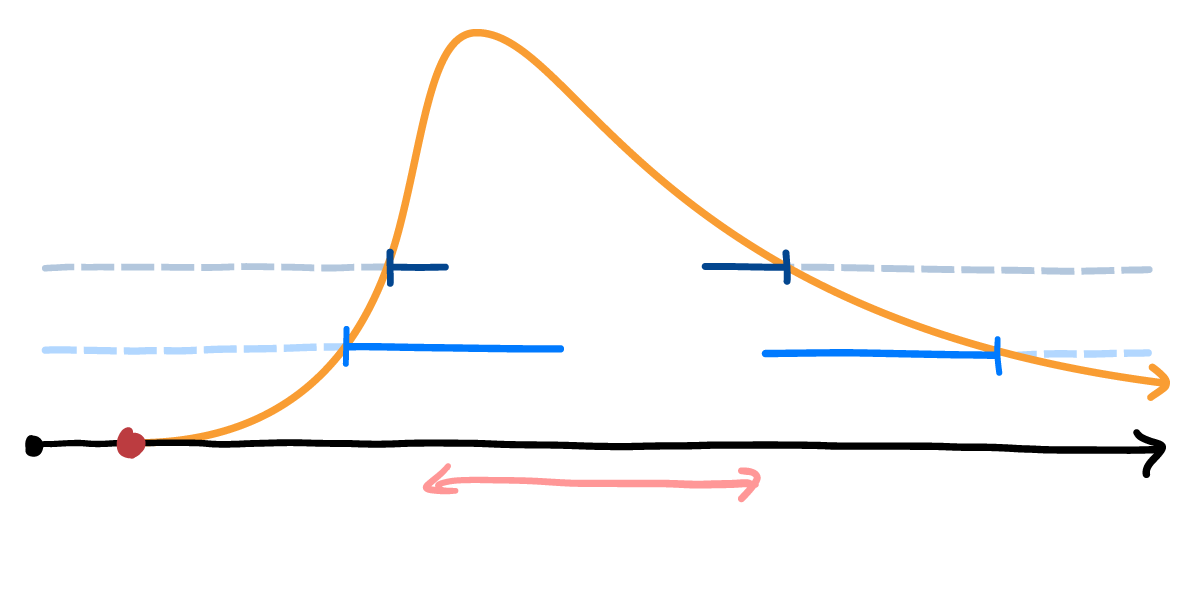 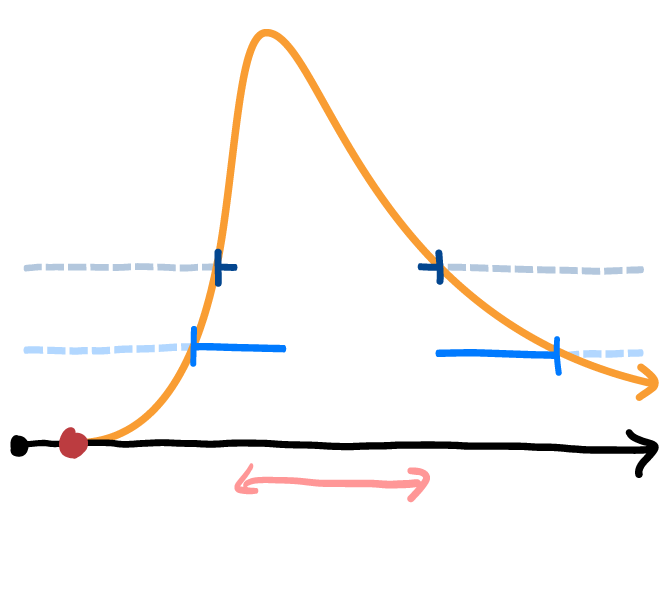 Because a P.C.R. test is more sensitive to low viral loads, it may be able to detect a coronavirus infection very early on. But the diagnostic test can also pick up harmless bits of the virus that linger in the body after symptoms have resolved, and perhaps after a person stops being contagious.

Antibodies are produced by the body in response to an invading pathogen, starting about a week or so into an infection, and can persist in the blood for months. Another type of test, called a serology test, looks for these antibodies instead of the virus. Experts do not consider antibody tests to be a reliable way to determine whether a person is harboring the coronavirus.

Because the virus can be transmitted by people who feel healthy, experts have stressed the importance of deploying multiple public health measures to combat its spread. While no single tactic can confer complete protection, combining actions like mask-wearing, physical distancing, handwashing and avoiding crowded spaces rapidly ratchets down risk. 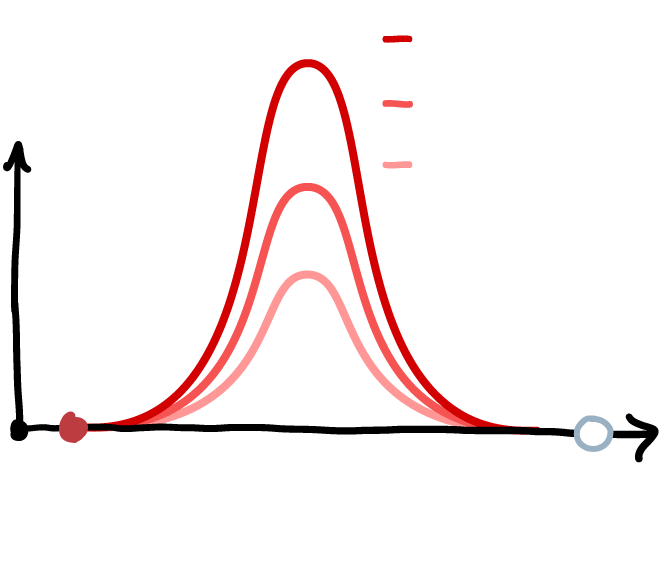 Masks and face coverings that swaddle the nose and mouth can block much of transmission, and seem especially effective at waylaying outbound virus from an infected individual. But there’s evidence that masks can thwart some percentage of inbound pathogens as well, even if they don’t make the wearer impervious to infection.

Mr. Trump has repeatedly shirked masks for much of the pandemic. On Tuesday night, he mocked former Vice President Joseph R. Biden for his stringent commitment to face coverings and physical distancing.

Infected people can also reduce the chance of passing on the virus by isolating themselves for at least 10 days after symptoms appear, as long as they continue to improve. Those who have been exposed to someone with a known case of the coronavirus should quarantine for two weeks and seek a test. Up to 40 percent of infections might lack symptoms, although some estimates have been even higher.

Based on data gleaned from other respiratory viruses, researchers think there is likely to be a minimum infectious dose for the coronavirus, or the lowest number of virus particles necessary to establish an infection. That number likely varies from person to person, and there is not yet firm data on what a typical dose might be.

The Centers for Disease Control and Prevention note that people with Covid are unlikely to be infectious for more than 10 to 20 days after their symptoms start.