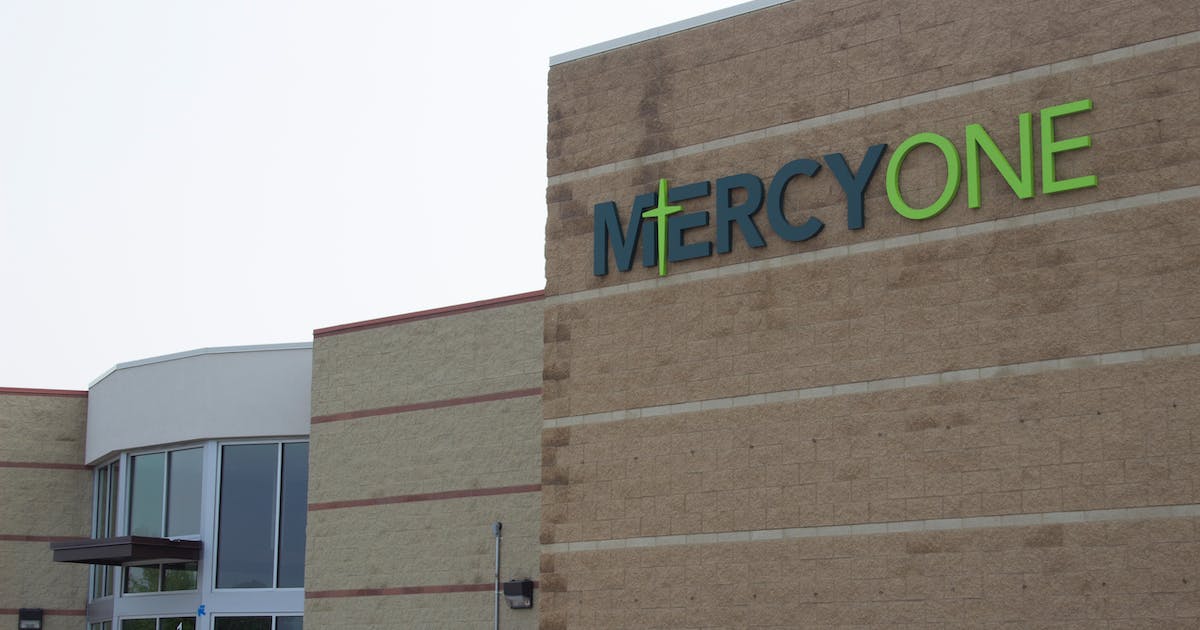 Albert Lea residents scrambled a few years ago to recruit a new health care provider after Mayo Clinic announced it would start closing many hospital services in the southern Minnesota town.

The effort culminated last summer with the opening of MercyOne Albert Lea Family Medicine & Specialty Care, a new facility that’s competing for patients against the clinic and hospital operations that Mayo still runs in the community.

But some patients say their access to the new clinic is being sharply limited by insurance rules that make visits to MercyOne much more expensive. It’s a problem for seniors enrolled in Medicare health plans from Blue Cross and Blue Shield of Minnesota, the dominant carrier in the market.

The dust-up is the latest example of how rules governing insurance networks — the subset of clinics and hospitals where subscribers pay less out of pocket to see a doctor — can limit choices for seniors as more elect to receive their government benefits through private Medicare Advantage health plans.

At least some of the affected seniors are asking Blue Cross to work with Mayo to remove the barrier, and recently turned to the state attorney general for help.

“Why would we have a clinic in Albert Lea that we can’t use?” asked Jan Mattson, 79, of Albert Lea. “It seems to me like Blue Cross Blue Shield could add Mercy to in-network, and then I would be very happy.”

Blue Cross says that it has no plans to add MercyOne to its regional Medicare Advantage network. Mayo has a say in any such change, the insurer says, because contract terms give the Rochester-based clinic “a financial responsibility to improve health outcomes and lower health care costs in southern Minnesota,” Blue Cross said in a statement.

Specific contract terms that would illustrate exactly how this all works are confidential. But agreements like the one between Blue Cross and Mayo are described in the insurance industry as “narrow” or “focused” network arrangements.

In these deals, health care providers give insurers a better price for services so they are in the health plan’s network and have the chance to treat a greater volume of patients. Patients pay significantly more out-of-pocket when they go out-of-network, so the incentives are strong to get most care in-network.

The agreement between Blue Cross and Mayo is a “total cost of care” contract, an increasingly common type of payment relationship where providers take a degree of financial risk for the overall health costs and outcomes for health plan enrollees.

In such agreements, providers want to control as much of the care given in a population as possible to boost quality while keeping overall expenses down.

Adding too many other clinics and hospitals could introduce more costs, or worsen patient outcomes, in ways that would limit payments for the health system. So, Blue Cross says, it’s not unusual in these arrangements for the primary health care system to have a say in creating the network and subsequent changes to it.

Mayo is the “focus” of the current network in the region, but it does include “many other non-Mayo specialty providers, at a competitive price,” Blue Cross said.

For its part, Mayo said it “does not oppose the addition of other facilities or providers if they would best serve the community.”

Following a meeting with Albert Lea residents this month, Attorney General Keith Ellison “is exploring what tools his office may have to help in this matter,” a spokesman said in an e-mail.

Eagan-based Blue Cross runs by far the biggest Medicare Advantage heath plan in and around Albert Lea with about 2,000 enrollees in Freeborn County.

Because MercyOne is out-of-network, subscribers in that part of the state who want to use the new clinic must pay 45% of the allowed amount for treatments. This “co-insurance” fee typically is much larger than the fixed-dollar copays patients pay at in-network clinics.

Seniors in Albert Lea say they’re irritated that the new clinic is actually in-network for people in the Twin Cities and western Minnesota who enroll in Medicare Advantage plans from Blue Cross; it’s only out-of-network for those in Freeborn and 14 other counties across southern Minnesota.

“Our Medicare Advantage network in southern Minnesota was built from the ground up in partnership with Mayo to ensure our members have access to high-quality local care at a competitive price,” Blue Cross said.

MercyOne didn’t know the Medicare Advantage plan from Blue Cross in southern Minnesota had a limited network “until we tried to sign up for it,” said Rod Schlader, the president of MercyOne Northern Iowa Medical Center in Mason City.

The barrier is unique to Medicare Advantage plans from Blue Cross, he added, so people in Albert Lea with other types of coverage from the health insurer have in-network access to the new clinic.

MercyOne, which is based in suburban Des Moines, is not a small player. It’s a joint venture between two large, national nonprofit health care systems that operates a number of hospitals and clinics in Iowa. The health system’s clinic in Albert Lea was created with some financial support from the Albert Lea Healthcare Coalition, a nonprofit group that recruited MercyOne.

“When you really think about it, shouldn’t Blue Cross and Mayo be sitting down and saying: What is in the best interest of the citizens of southern Minnesota?” asked Brad Arends, a benefits consultant and leader with the community group. “The best interest of the people … is to get MercyOne in that network.”

For Annie Mattson, the network snag led her to drive 25 minutes from Albert Lea last summer to get painful symptoms diagnosed at a clinic in a neighboring town.

Mayo’s Albert Lea clinic couldn’t see her that day and the symptoms didn’t seem to require a visit to Mayo’s emergency room in town. She could have been seen promptly at the new MercyOne clinic, but doing so would have been more expensive.

Mattson is happy for the care she received for what turned out to be a kidney stone at Mayo’s clinic in New Richland. What’s upsetting though, she said, was having to drive 20 miles from her home when the MercyOne clinic was just 5 minutes away.

“After all the time and effort of starting this clinic, we certainly want to be a part of it,” said Mattson, 70, who collected signatures back in 2017 to protest Mayo’s announcement that it would scale back hospital operations in Albert Lea.

“The inflexibility has caused me to change my health care from the Blue Cross Medicare Advantage to UnitedHealthcare,” she said.

Mattson and her partner, Paul Stieler, were on a call this month urging the attorney general to intervene. Stieler’s health insurance lets him visit MercyOne, but he’s concerned the network limit at Blue Cross could hurt the new clinic.

That’s a problem, he said, because MercyOne helps the local economy while giving seniors in the region a better shot at accessible and affordable health care.

“I feel that Mayo has created a monopoly down here in this area, and because they have a monopoly they can charge more,” said Stieler, 74. “This block that we have on being able to use the Mercy clinic is not good.”

Albert Lea residents have long been among the most vocal in criticizing the cost of care at Mayo while feeling captive to the health system.

They cite reports from a Minneapolis-based nonprofit group showing patient care costs in Minnesota are highest at Mayo — a finding that clinic officials over the years have argued stems from flaws in the group’s methodology.

The Medicare Advantage plan for southern Minnesota was launched as part of a broader contract agreement struck in 2018 between Mayo and Blue Cross.

Since then, premiums for the primary two Medicare Advantage plans from Blue Cross in the region have increased by more than $12 and $36 per month, while monthly rates for comparable plans in the Twin Cities and western Minnesota have declined.

Blue Cross said premiums are based on a variety of factors including payment rates to health care providers as well as differences in the medical needs of enrollees.

Mayo says it controls costs by coordinating care within its health system including a single electronic health record spanning regional clinics and hospitals as well as its large medical center in Rochester.

“As patients need testing, lab work, radiologic exams, and other diagnostic procedures, they do not need to duplicate those tests as they move through the Mayo Clinic system, thereby saving costs for patients and payers,” the clinic said in a statement.