A government-sponsored clinical trial that is testing an antibody treatment for Covid-19 developed by the drugmaker Eli Lilly has been paused because of a “potential safety concern,” according to emails that government officials sent on Tuesday to researchers at testing sites. The company confirmed the pause.

The news comes just a day after Johnson & Johnson announced the pause of its coronavirus vaccine trial because of a sick volunteer, and a month after AstraZeneca’s vaccine trial was halted over concerns about two participants who had fallen ill after getting the company’s vaccine.

The Eli Lilly trial was designed to test the benefits of the antibody therapy on hundreds of people hospitalized with Covid-19, compared with a placebo. All of the study participants also received another experimental drug, remdesivir, which has become commonly used to treat coronavirus patients. It is unclear exactly what safety issues prompted the pause.

In large clinical trials, pauses are not unusual, and declines in health in volunteers are not necessarily the result of the experimental drug or vaccine. Such halts are meant to allow an independent board of scientific experts to review the data and determine whether the event may have been related to the treatment or occurred by chance.

“This is why clinical trials are essential,” said Marion Pepper, an immunologist at the University of Washington. “The safety of the product has to be empirically proven.”

Enrollment for the Eli Lilly trial, which was sponsored by several branches of the National Institutes of Health and the Department of Veterans Affairs, among other organizations, had been continuing. But on Tuesday, multiple officials sent emails to researchers telling them to stop adding volunteers to the study out of an “abundance of caution.”

In a statement, an N.I.H. spokeswoman said the trial, which had enrolled 326 Covid-19 patients, was paused when the independent safety board found that after five days of treatment, the group of patients who had received the antibodies showed a different “clinical status” than the group who had received a saline placebo — a difference that crossed a predetermined threshold for safety.

The N.I.H. statement did not specify the nature of the participants’ conditions. But the so-called stopping rules for the trial lay out the conditions for “futility” — the idea that a treatment has a very low chance of working, based on the data so far. A trial could also be halted if there is evidence that patients in one group are faring much worse than those in the other.

Given the ambiguity in the statements released on Tuesday, all scenarios remain possible, said Dr. Eric Topol, a clinical trials expert at the Scripps Research Institute. “It’s so amorphous,” Dr. Topol said.

The safety board will review the data again on Oct. 26, and advise the N.I.H. on whether to resume the trial, the statement said. In the meantime, researchers will continue to collect data from people already enrolled in the study.

While long-term solutions are appearing left and right for the US men’s national team at some of Europe’s top clubs, question marks still surround the striker position.

USMNT head coach Gregg Berhalter addressed that very topic on the latest Extratime episode, calling Toronto FC’s Jozy Altidore their most talented option. The 30-year-old has dealt with persistent hamstring issues, though his 42 goals and 115 caps on what’s presumably a young squad could pay dividends.

“What I would say is just looking at the striker position in general, I think you have Jozy Altidore who is probably still the most talented that we have in that position, but he’s got fitness issues,” Berhalter said. “Let’s call it what it is. He’s not fit to play 90 minutes, he’s not fit to play at the level we need him to. But he’s still an amazingly talented player, so our goal there is to keep working with him, working with the club to get him up to where he needs to be and hopefully he can get there. But we’re not sure with that, we’re not sure.”

That brings Berhalter to Columbus Crew SC striker Gyasi Zardes, whose nine goals place him second in the Golden Boot race behind LAFC’s Diego Rossi (11). He used to be coached by Berhalter in Columbus, and has 12 goals in 56 USMNT appearances. Berhalter likes what he sees, especially when it comes to consistency.

“Gyasi is a guy whose fitness levels are off the charts and he’s scoring goals and you know exactly what he’s going to give you in every single game,” Berhalter said. “He doesn’t have the talent, per se, as Jozy, but in a certain type of system he’s a really effective goalscorer and a hard worker. So I think he’s doing a great job with Columbus this year.”

Berhalter also addressed American soccer development more broadly, as a potential World Cup qualifying roster could feasibly include Mancheser City, Chelsea, Juventus, Barcelona and Bayern Munich as club attachments for players. That situation was unfeasible in previous cycles, but now it’s a reality that Berhalter boils down to development, which he defined as a period of improvement over time.

“This has all come from the beginnings with the Development Academy,” Berhalter said. “You think about 10 years ago, the decision was made with U.S. Soccer and MLS together to say, ‘Ok we’re going to put this platform together that’s going to have the best kids playing against the best kids. We’re going to do this over time, we’re going to institute standards for academies and for what they need to look like, using

Hackers are increasingly targeting health-care institutions and threatening people’s well-being as their software attacks get more sophisticated and brazen.

Ransomware attacks, in which hackers cripple a software system until they receive a bounty, have surged this year, along with financial demands, security experts say. The attacks have been around for decades but have flourished as society has become more dependent on technology. Other factors include the rise of the cryptocurrency bitcoin, more advanced hacking techniques and, some say, the widespread adoption of cyber insurance.

“The trend has been going up for a while, but in 2020 it has just been skyrocketing,” said Dmitri Alperovitch, the chairman of Silverado Policy Accelerator, a nonprofit think tank focused on cybersecurity.

Hackers have expanded their targets to include health-care companies. This week, one of the nation’s largest hospital chains,

diverted ambulances from some facilities after a crippling ransomware attack. It said the outage didn’t harm patients, but systems used for medical records, laboratories and pharmacies were offline at about 250 of the company’s U.S. facilities.

The attack occurred Sunday morning, and the Universal Health’s network remained offline Wednesday, though priority systems such as email and clinical operations systems were being restored gradually across the country, the company said.

In a separate incident in Germany, prosecutors have launched an investigation after a woman died earlier this month when her ambulance was diverted from University Hospital Düsseldorf in the country’s North Rhine-Westphalia state.

A ransomware attack hit the hospital on Sept. 10, shutting down computer systems and forcing it to reroute ambulances away from its emergency room for 13 days. IT systems there are still recovering, hospital spokesman Tobias Pott said Tuesday.

Attacks on medical facilities are worrying because delays in patient care have been directly linked to patient harm, said Joshua Corman, a senior adviser at the Department of Homeland Security’s Cybersecurity and Infrastructure Security Agency. “We’ve had a growing concern that this degraded and delayed patient care would lead to a demonstrable loss of life.”

Mr. Corman said he had hoped hackers would leave hospitals alone as they were swamped by the coronavirus pandemic, but that hasn’t happened. “We’d assumed that they would be smart enough not to attack, but I think [hackers’] assumption was that [victims] would definitely pay.”

says ransom demands for large organizations can range between $10 million and $30 million, and hackers are increasingly following up their ransom demands with threats to publish stolen data online, hoping to extract more money. Many companies make the payments.

“
“Victims are paying millions of dollars in ransom, and it’s continuing to perpetuate this criminal activity.”
” 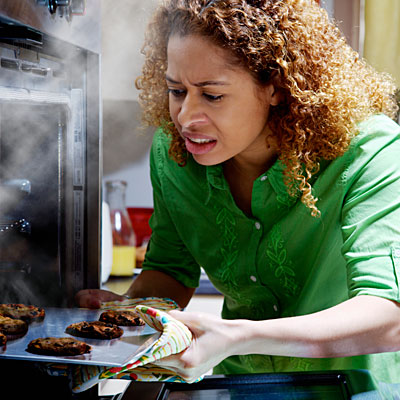 Medical specialists in America do take pleasure in a very healthy salary, and that definitely is as it should be. Their training costs are increased than most, they’ve charges, dues, and liability insurance coverage payments to make, and many work lengthy hours placing in further time to remain abreast of present advancements in knowledgeÂ and approach.

Cultural beliefs can influence the sufferers healthcare choices. On high of all of this, our healthcare systme is not falling aside. That is my problem with healthcare. After World Struggle II, the United States tremendously influenced Japanese healthcare. And, since we have now a country of 300 million folks, vs. 69million, and we live as unhealthy as we do, you might be clearly going to see higher healthcare prices.

To make this construct extra powerful, wear equipment that has likelihood to forged fireplace kind spells every time you deal injury. Nonetheless, many opponents of universal healthcare in America aren’t satisfied. They promote mental health as a vital part of any wellness plan advocating for prevention, early identification and intervention, integrated care and remedy, and recovery for the individual affected by mental health or substance abuse (Nguyen).

Another factor that Mental Health America discovered was that with the 2010 Affordable Care Act introducing the 10 Essential Health Advantages (EHB), a state would need to decide on a health plan from the prevailing health plans to use as a benchmark for other Qualified Health Plans (QHP) inside that state (Nguyen, 2015).…