RADFORD, Va. (WDBJ) – Teresa Regil is an artist who discovered her passion for painting almost by accident after years of being a dentist.

© Janay Reece
She says doesn’t see a difference between dentistry and art because either way she’s using her hands.


“In 2009 I tried to do something to relax and I started drawing and I said “Oh” I did a portrait of my mom in watercolor and watercolor is so difficult and she looked like my mom. And oh, maybe I can start doing this,” said Teresa Regil.

Ahe had a long career as a pediatric dentist for children with special needs in Maryland.

“To me it was just a continuum from dentistry to painting to art,” said Regil.

Regil said she doesn’t see a difference between dentistry and art because either way she’s using her hands.

“I think that had a lot to do with my painting and what I use. I am ambidextrous. Sometimes my right hand – when I was doing root canals and things like that, I’d use my left hand too—the same with painting,” said said Regil.

Many of Regil’s paintings are of her family. She’s an abuela or grandmother to many of theses faces.

The museum’s director says Regil is a good example of a local artist who simply wants to share her art. Regil is self-taught, guided by masters such as John Singer Sargent and Mary Cassatt. She creates her portraits in oil and incorporates a myriad of techniques, including alla prima, indirect approach, and mixed media. Often her backgrounds are made with acrylics and the main subject or figure with oil.

“She is not a professional artist she is self-trained, but she is out there doing her art and wanting her art to be out there for people to see.”

Rigil is donating one of her paintings for a silent auction to help benefit the Glencoe Museum. The painting a master copy of a work by her artistic inspiration John Singer Sargent. The piece will be open for bidding until December 4th.

Mary Rozenman initially set out to be a doctor, after watching her sister deal with uncontrolled epilepsy throughout her childhood.

But she realized in college, that blood made her cringe. Instead, Rozenman got her doctorate in organic chemistry and chemical biology from Harvard University.

Then as a 26-year-old working under David Liu, a gene-editing pioneer, something about drug development didn’t sit right with the young chemist. Among the thousands of new discoveries each year, just a small handful of them make it through the “funnel,” she said.

“I envisioned a funnel, where you have at the top of the funnel all of these amazing discoveries and innovations that sort of move through the system,” Rozenman told Business Insider.

“And somehow only a small handful of them get filtered into medicines that actually make it out into the real world’s drug supply,” she said.

Rozenman needed to understand how that funnel works, she said. What happened behind the scenes to squelch each year’s hundreds of thousands of breakthroughs, and where did the money come from to advance some things and not others? It led her to consider a career outside of research.

“I wouldn’t know what the right place for me to participate was because I only understood the top of the funnel and the very bottom, from a patient’s perspective. And that’s why I went to McKinsey,” Rozenman said.

Read more: Meet the 30 young leaders who are forging a new future for healthcare in the pandemic’s shadow

Rozenman joined McKinsey in 2008 with the goal of touching every single piece of the pharmaceutical business from discovery to marketing, she said.

But a year in, Rozenman’s mentor Diem Nguyen of Pfizer, who at the time managed a $10 billion slice of the business, gave her some tough advice.

“She said ‘You’re really smart and really good. But you’re going to hit a wall in your career unless you learn how to read a P&L,'” Rozenman said.

A profit and loss statement, or income statement, is one of the primary financial statements detailing a company’s revenues and expenses. The advice made Rozenman feel defensive, but at the same time, she was making strategic recommendations to large companies without a sufficient understanding of corporate finance, she said.

So Rozenman carved out a focus area within McKinsey, the intersection of pharma and corporate finance, as consultants there do in order to make partner, she said. In 2012, as a junior partner and leader in the firm’s healthcare practice, she left to use her new skills for Longitude Capital, a $1.2 billion venture capital firm for healthcare startups.

Just four of the chief executives running America’s top 500 companies are Black, yet the pool of highly educated, experienced Black professionals has never been greater. Black professionals who make it to the C-Suite are rarely given the profit-and-loss positions that serve as stepping stones to the top job. Here are some of the reasons why.

A substantial body of research shows that people tend to view Black professionals more negatively, regardless of their qualifications or actual work performed. “We don’t get a presumption of competence,” says Orlando Richmond Sr., a Jackson, Miss.-based partner at law firm Butler Snow. A 2019 study of racial bias in hiring for postdoctoral positions revealed Black applicants were rated less hirable, likable, and competent than white, Latino or Asian applicants. A 2017 study examining callback rates for Black job applicants found discrimination levels haven’t improved in the past 25 years.

2. Diversity efforts are often focused on recruitment rather than retention.

says that by the time companies are trying to promote people at the managerial level, they have often already lost key talent. Among all U.S. companies with 100 or more employees, Black people hold just 3% of executive or senior-level roles, according to Equal Employment Opportunity Commission data. More than a third of Black professionals say they intend to leave their company within the next two years, with many mentioning isolation and workplace hostility, compared with 27% of their white peers, according to Coqual, a think tank focused on workplace diversity.

Relationships play a large role in career-building. A 2019 Korn Ferry survey of Black executives holding profit-and-loss roles found that 86% said having a sponsor—someone who supported and helped advocate for them when opportunities came up—was indispensable to their career progression. But CEOs, recruiters and senior executives say that Black professionals often don’t have the relationships that are pivotal to advancement. Fewer Black professionals have access to senior leaders at work than their white peers, according to the Coqual study. The same study also found that fewer Black professionals have managers who give them growth opportunities than their white peers. 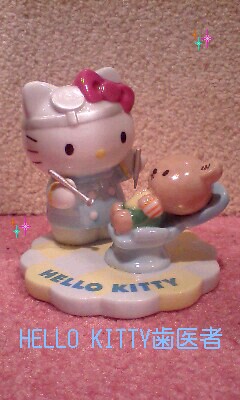 A core build up is used when enamel are constructed up as a result of their foundation is insufficient to attach a crown. Previously dentistry was primarily all about improving the dental health by retaining the enamel free from germ and free from decay. When the remains of foods and drinks will not be properly cleaned from tooth, they serve as food for the micro organism liable for tooth decay The plaque begins to develop 20 minutes after we eat, so you will need to wash instantly after the primary meals.

I keep in mind, in these years, that a front tooth had been hurting each time I took a drink of cold water or tried to eat ice cream. E.Laser dentistry :- Dental Lasers of various wavelengths are used to deal with totally different elements of oral cavity depending on the requirement.

Canine have 42 enamel in their mouths and if they just need a couple of extractions, the primary distinction they’ll probably discover is no longer having those painful tooth bothering them. Then there may be the Dental Group of Beverly Hills Beauty and Implant Dentistry.

Finally, after checking the internet and Yellow Pages, it is a good suggestion to ask family, pals and different folks you understand about which dentists they recommend. Your Warren dentist may counsel veneers, tooth bleaching, enamel shaping, gum carry and different associated dental therapies.

Not only do your teeth present the structure in your face-if your teeth collapse, your face goes with them-your tooth can help you keep alive in that they aid you chew food to the point that it may be digested, they usually help you take pleasure in life in that they enable you to eat any kind of food you need, prepared the best way you want it.…